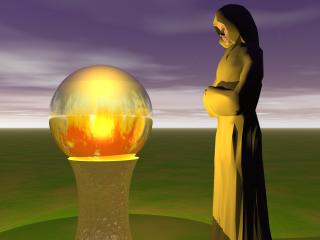 John Dvorak has written an interesting article on Marketwatch. In the article John does a critique of why the technology market is currently stagnant and outlines what he believes will be the main drivers to kick it into action in 2007.

I have summarised some of his ideas below and added my own comments as well, (please feel free to post your thoughts in the comments section).

Wireless – Bit of a no brainer this one, new variants of 802.11 and WiMax will be key drivers. I don’t know what its like in the US, but in the UK public Wi-Fi hotspots are damn expensive, this will need to come down to spur adoption further. Corporate users in their own offices are expected to be key adoptees 802.11N according to Dvorak. WiMax is expected to compete with broadband in a more cost effective manner, creating a new range of alternative telcos. Pretty much the same claims for other technologies like free space optics etc.

Processor technology – Bit of a dichotomy here, but first of all Dvorak puts the sluggish sales of PCs and laptops down to the fact that computers are ‘way too powerful for typical mundane use’ except by CAD/CAM operators and Photoshop jockeys. Then he goes on to talk about how multi-core processors are going to be one of the drivers that pushes the tech rally of 2007. Go figure

IPTV – video delivered via IP networks. This is a big buzz phrase with technologists. In the UK, it has been rolled out by Homechoice, whilst technologists get all utopian about content being free and ubiquitous, network management technologies and government regulations will act to stop traditional media businesses from being swept away. Microsoft sees this as a way to get ahead in the set-top box business.

VoIP – again a no-brainer, Dvorak pays lip service to the inevitable move away from circuit switching to packet switched voice networks. This will lower the price of voice calls and lower the barriers to competition, but will be stymied by telcos increased ability to control their IP networks, expect telecoms OSS companies to offer telcos the opportunity to apply old-style billing models on these new services and adversely affect the QoS of competitors like Skype trying to piggie-back on your existing broadband connection. Again government regulation will also work to control VoIP.

Microsoft Longhorn – ‘triggering an upgrade cycle that will be doubly powerful as the MacOS becomes a threat to Microsoft, forcing it to become more competitive’. Dvorak makes three bad assumptions with this statement:
– Longhorn will be a must-have upgrade for business and consumer PCs. This is not as clear cut as it seems because Longhorn’s most vaunted features are being cut to make the product ship broadly on time
– The MacOS will sudden become more of a threat to Microsoft. Dvorak assumes that Apple will overnight change its business model to a Microsoft software business and that the likes of Dell and Sony would fall over themselves to distribute it as an OEM product. Ventures like Be Systems and even the Linux distributors will tell you what an uphill battle this is
– Speaking of Linux, Dvorak’s statement implies by omission that open source competition will no longer be a competitive factor. Dvorak has missed out on the social factors that ensure software adoption. Microsoft’s dominant position is helped by the Microsoft Certification Scheme for IT people. Linux is increasingly becoming part of the professional IT persons skillset, BSD and MacOS X doesn’t have the same skills base in business to spur adoption in the same way

New video compression standards triggering even greater enthusiasm for file sharing of movies and TV programmes. Well I guess that this could increase broadband take up and consumer storage requirements, but not too sure that it will be spurring a technology rally, especially after the US high court’s ruling on the recent Grokster case

Location based services because of the GPS modules which will be widely embedded in new phones, expect a nightmarish scenario rather like Tom Cruise in Minority Report where personalised adverts respond to him as he moves through a shopping mall. Gee thanks, that sounds appealing.