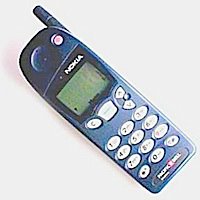 A number of interesting things that have landed in the inbox here at Chez RC:From Forrester’s First look at contents’s new value

In Business Week’s Wireless Report email Matthew Maier talks about how Microsoft Windows Mobile 5 has shown a turnaround in the beast from Redmond’s wireless fortunes with earnings growning 50 per cent year-on-year to 75 million USD and losses being cut to 2 million USD from 29 million USD the previous year.

Like a malignant tumour on the mobile phone industry, Windows Mobile is now used by 36 different handset manufacturers and sold 5 million units this year (in comparison Symbian handsets shipped 21 million units to September).

Marketwatch.com have a couple of news stories of interest:

The market for online music has apparently plateau-ed at 6.6 million songs per month in the US and CD sales are heading for the floor like a Stuka bomber with a fuselage full of flak. Record companies are afraid (but when will shareholders wake up to the fact that the record companies have been mismanaging their businesses for years?) “Digital optimism seems to be crashing down on itself,” said Simon Baker, a media analyst with SG Securities in London. “Downloads in the U.S. have alarmingly plateaued, this has devastating implications.”

Pew Internet Survey found that teenagers like to blog and download stuff. Blogging is a form of self expression, building relationships and carving their own online presence and that the kids have no problem with people looking at their photos, stories and poetry online. More here.