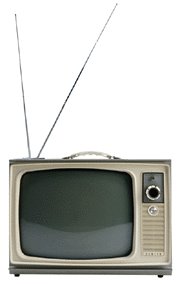 Though its a ‘watching the pennies’ article, How to tame an inflated entertainment budget by Damon Darlin in the New York Times provides a good insight into how much of consumer spending is now absorbed by the information economy. This outstrips groceries, heating, electricity, healthcare and clothing. Old fashioned live events like the opera and a pop concert cost an eye watering 50 cents and $1.25 per minute of entertainment.I thought that the AOL venture into TV on the web was a very interesting concept. It looks like it is closer to Robert Cringely’s idea of where iTunes was going than the video iPod service that eventually arrived.

Besides the fact that I am very excited about the possiblity of being able to watch re-runs of I Love Lucy, The Honeymooners and Phil Silvers I am curious about a number of items that came out of the announcement.

Looking at the dark underbelly of the information economy Rolling Stone magazine have an interesting article (The man who sold the war by James Bamford) on John Walter Rendon and the Rendon Group‘s involvement in the road to the Iraq war. Not surprisingly the company has a rebuttal to the article here.

Finally, Geektronica has an interesting collection of unrelated facts that may or may not be useful in staging a web mob assault against the web property of an extreme American group.