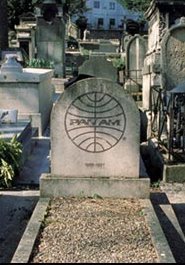 I was reading a discussion on Soflow.com (registration required) about brands in decline and it reminded me of the Dirty Harry film where celebrities keep getting asassinated and Harry traces it back to a dead pool competiton run by a couple of film industry insiders.What was interesting was that all the brands named were American , there was no European brands touched by the list.

Weird or these brands are not seen to count by the dozens of marketers on the list?

Danone, Cadburys or McCains could be considered big food too. Unilever has been decimating its brands and selling off many of its iconic businesses in order to provide shareholder value at the expense of the longer term.

Brands marked for death by the group included:

The design folks at Wanadoo have an interesting read of a blog called Pixelbox (suitable for a bunch of bit shifters). Anyway check it out here.