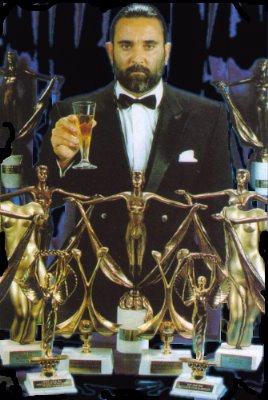 Yinka Adegoke is joining Reuters in New York to write about new media stuff. NMA are apparently shuffling the cards and the role of deputy news editor is likely to be filled by an internal candidate.

This is a short note to let you know I’m leaving NMA early January after six exciting years chronicling the digital media industry.

I will still be covering the area with Reuters in New York from mid-January as part of the technology, media and telecoms team.

I wanted to take the opportunity to thank you for your help over the last few years. It’s been a pleasure working with you in London and I expect we might be working together again in the near future one way or another.

A leaving do date will soon be confirmed as well as any new contacts at NMA.

A snippet in the media section of the Evening Standard a few weeks ago mentioned that Today (Eddie Shah’s homage to USA Today) is to be revived by News International in a bid to go head-to-head with The Express. I wonder how much fury pornographer-in-chief Richard Desmond will vent if this proves to be the case.

Don’t worry Richard if the newspaper business fails you can take your one-man reenactment of the Nuremberg Rally to the Edinburgh Fringe.