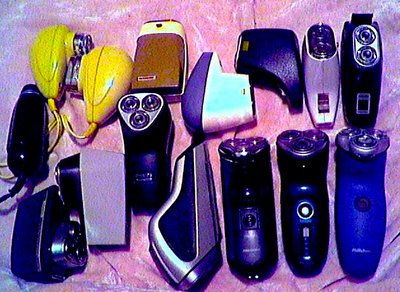 David Pogue, tech author, mac guru and journalist for the New York Times was sent an essay by a high school student that analysed his writing style by looking at his newspaper columns. Pogues commentary on the findings in the NYTimes.com Circuits email newsletter (December 29, 2005) has some useful lessons for PR people looking to write press releases where the news isn’t weighed down by jargon-filled geekspeak: 1. From the Desk of David Pogue: On Being a Technology Writer

=============================================================
Last week, my incoming e-mail included a surprising attachment: an advanced-placement English essay, by a high-schooler named Chris Diemba, on the subject of my writing style. Chris had analyzed several months’ worth of my columns, and identified a number of tricks and tics that tend to appear regularly. Chris’s essay got me to thinking, once again, about the greatest chronic challenge for a tech writer: finding the right technological level for the broadest possible audience.

Take my dad, for example. He always introduces me with the same joke: “And this is my son David. I read his column in the Times every week. I don’t always understand it–but I read it!”

I always smile gamely, but inside, I wince. As you can probably imagine, it’s not easy to strike just the right tone for computer scientists and technophobes alike. Actually, it’s impossible; all you can do is aim for the mainstream.In general, I don’t sweat it when I receive protests from readers on the fringes. I figure they cancel each other out: on one hand, the novice who complained that I didn’t define “U.S.B. connector,” and, on the other, the engineer who asked why I don’t include MTBF data (mean time between failure) of the cameras I review.

If you’re truly geeky or truly technophobic, you should know about a couple of tricks I use routinely. As Chris Diemba put it: “A significant amount of Pogue’s exposition is found in the parenthesis, usually less important specifications.” Bingo. That is, I try to put the stuff that’s of interest primarily to geeks in parentheses.

I might write, for example, “When it comes to connectors, this TV is loaded (two S-video, one each DVI and HDMI, three sets of component inputs and a quartet of composite jacks).” That’s a coded way of telling people like my father: “You can ignore everything in the parentheses; that’s provided for people who care. My point is that there are plenty of connectors.”

I usually put pixel dimensions in parentheses, too, because plenty of readers don’t know what pixels are and have no idea whether, say, 1024 by 768 is good or bad.

Then there’s the little matter of techno-jargon. Avoiding it, in my book, is a freebie: it’s an effortless way to avoid confusing novices while taking nothing away from more advanced readers. You will never, ever catch me using terms like “price point” when I mean price, “content” when I mean TV shows, “RAM” when I mean memory, or “functionality” when I mean function.

(Want to know how out of hand this buzzword-itis has become? No joke–I found this sentence in a computer magazine: “This laptop case is a triumph of form over functionality.” ARRGGGHH!!! Now they’re actually retrofitting cliches with buzzwords!)

Nonetheless, despite all of these tricks and tactics, I occasionally make bad assumptions. Take, for example, the time I wrote about SanDisk’s folding SD memory card for digital cameras. You can take it out of your camera and insert it directly into your computer’s U.S.B. jacks (to transfer photos) instead of using a cable. Dozens of readers wrote to ask if this card is available in Memory Stick or Compact Flash formats. In other words, I shouldn’t have taken it for granted that people recognize SD as a memory-card format.

So there’s my New Year’s Resolution: to redouble my efforts along these lines. To make the columns easier to understand for novices, while adding more technological meat for the veterans.

And yours should be to write your friendly neighborhood tech writers to let them know how well they’re doing.