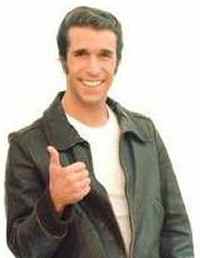 Over at Jupitermedia CEO Alan Meckler talks about the death of social networking, as he is now starting to become numb to the concept. Alan obviously has more staying power than many of the rest of us. I don’t think that social networking as a concept is dead, I think that it will become an invisible technology like electricity, you know when its missing but don’t notice any longer when its there submerged as part of the hygiene functionality of other web services.The concept of another email provider or photo sharing service doesn’t fill me with excitement but demand for these services continue to grow and yet you will only hear about them when the service goes pear-shaped like the Yahoo! Mail worm debacle recently.

can the Sidekick finally hit the big time?I reckon no, the product has been too long and too close to T-Mobile for any of the other carriers to want to issue it in the US or Europe.

In addition I suspect that it is about to become the Macintosh of the phone world as Windows Mobile commoditises the smart phone industry and Nokia reasserts itself in the more sophisticated European mobile marketplace. What Sidekick needs is a content provider like AOL or Yahoo! to act as a middle man/reseller channel and aggregate users across carrier, but that’s as likely to happen as Tom Cruise renouncing Scientology.

Finally as the city fathers of San Jose build apartment blocks and cultural attractions to attract young people to live there, they need a new marketing campaign, my suggestion: San Jose – It doesn’t suck.