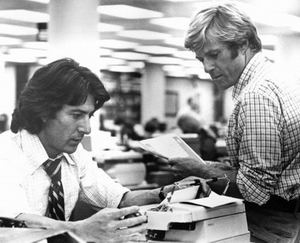 Bob Cringely at PBS.org has an interesting article: They wrap fish, don’t they about the limitations of consuming news online versus in a newspaper. Key points:

Internet news also tends to be serial. The New York Times, for example, has an average of 25 stories each day in its business section and every one of those stories can be read online. But only a handful are presented as headlines in the Times web edition. So unless you are very diligent about ferreting it out, at least 75 percent of the Times’ business content is invisible and unread online.

We rely, instead, on aggregators, mainly newspapers, which are again aggregated by outfits like Google News. The result is that some information gets to the web long after it gets into print.

News lives longer online in a slower and ponderous way than in print because a newspaper has a useful life of only one day.

Newspapers, because they are printed daily, have a lifespan of one day. And because they generally have several stories on each page, we have the opportunity to SCAN the news in parallel. These are two huge advantages of print journalism over its electronic counterpart. In newspapers, news gets out of the way at the end of each day, leaving room for more news. On the Internet, we’re still talking about that safe landing of the Space Shuttle Discovery 48 hours after it happened. Okay, they’re down, get on with it. So people who get their news from the Internet may know a lot about Britney Spears’ attitude toward child car seats, but they don’t know about many other things because of all that Britney news cluttering the ether.