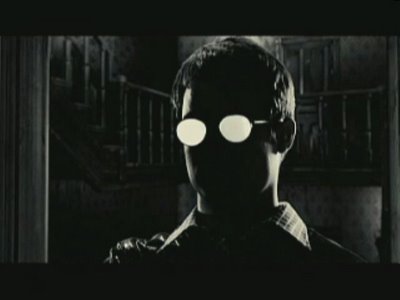 I was fascinated by this series of postings on the Interesting People email list that argue back and forward as to whether general purpose or specialist devices and converged or divergent is better.The discussions surround the launch of the Sony Mylo.

Sony has had a spectacularly bad record at internet appliances and non-games related online services such as the eVilla and its Connect music service.

Dave Farber: For IP, if you think this is of interest to the group.

I have been doing some poking around with regard to Sony’s mylo product, which I think is clearly a break from their standard fare. I have come to find out more details.

First, the product was apparently developed in the United States, not Japan. It appears to have come from Sony’s Palo Alto group, although another source told me that San Diego was involved. In any case, it was developed well outside Sony’s usual product development environment and on its own timetable.

Second, most other divisions in Sony, even those developing Internet and digital media solutions, were completely unaware of its development until the product announcement last week. Several divisions with similar interests and ideas were caught flatfooted by the announcement.

Third, there is some evidence that the mylo was developed with Apple Computer squarely in its sights. It was announced during Apple’s developer conference in San Francisco. It comes, like the iPod and MacBooks, in either black or white.

And, as noted, was developed in secrecy and will be delivered (if Sony is to be believed) almost immediately. In contrast, we are still waiting for Sony’s e-book, the Reader, which was announced in January, promised for April, now delayed until autumn.

And, finally, mylo represents a distinct tectonic shift inside of Sony, an embrace of open standards and alliances with Yahoo!, Google and Skype — unheard of for a company with its not-invented-here attitude toward such things. A bold move on the company’s part, especially since there is no downstream revenue opportunity for Sony, although it will play DRM’d music and, presumably, DRM’d movies in the future.

But has Sony gone too far with this? If mylo is a success (and I think it will be), how long will it take for the Chinese consumer electronics manufacturers to produce a $99 knockoff? Months, I’d imagine. This is going to be a very interesting product to watch. – Tim Onosko

At the last turn of century (1800’s to 1900’s) there are wonderful diagrams of how one central electric engine, with an appropriate series of belts, could run the entire house. Now, of course, we have tiny, single-purpose electric motors in things as small as a toothbrush.

I look forward to having many more devices with CPUs of “limited felicity.” I suspect it represents a step forward, not a step back. I think the general purpose device will remain for “some” purposes. But many of the conceivable purposes will have been “off-loaded” to more limited devices.

It appears from the Sony Mylo website that the Mylo is intended to be a closed box. Sony has arrangements with partners (Skype, Opera, Google, Yahoo), and it doesn’t seem as if new applications can be easily added to the machine (though I suppose a lot can be done with Opera plug-ins).

I can’t even tell what OS it runs. I worry that this is part of an eclipse of the PC — a fading away of the central device in so many homes and workplaces that could run new code from afar at the click of a mouse, allowing for Skype and other unaccredited upstarts to gain traction so long as they had code that worked better (or was more appealing in some other way) than everyone else’s.

In the PC’s place comes Internet appliances that will slow or halt the kind of innovation we’ve seen from all corners, and instead lock in a certain set of prevailing applications (now including Skype).

And with control of the app can come control of the network destinations — whether light influences like bookmarks or heavier ones that say all further un-partnered innovation must come through a Web window and use a limited set of markup tools.

There are benefits to such lockdown at the client side — a more predictable and controlled user experience, pound-for-pound less vulnerability to spyware and other bad code (since all outside code is limited), and perhaps more willingness from content companies to partner since the user experience will be managed and, apart from the small subset of people who will try to hack it, the use of the content can be negotiated with Sony rather than thrown to the four winds.

The downsides are legion — a slowdown of the kind of innovation that has done so much for the industry and for users, replaced by that which is negotiated among “partners.” The Mylo joins the xbox, blackberry, tivo, most mobile phones, and the ipod in the list of closed or mostly-closed appliances that are displacing the PC. The sooner we can deal with the PC’s existing downsides — such as viruses and malware — the more easily it can compete with these appliances that otherwise will sideline it. An open network with closed endpoints is an undesirable equilibrium — it’s a freeway connecting prisons. …JZ

The mylo personal communicator is capable of operating in any open 802.11b wireless network, can be found on college campuses, in public spaces and within private homes. The product is for people who use instant messaging as a primary form of communications and networking.

The name mylo stands for “my life online” and the communicator allows consumers use instant messaging, browse the internet, listen to music, send e-mails and view photos. The oblong-shaped device features a 2.4 inch color LCD with a slide out keyboard.