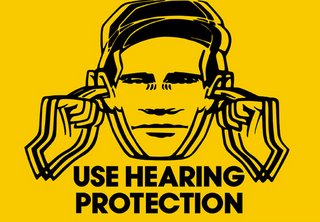 The more I read about Spiral Frog, the more that I think that it is aimed (probably unintentionally) at music radio listeners than breaking Apple’s grip on the online music market.Lets look at the features courtesy of Mark Glaser over at Media Shift:

Its Yahoo! Music Lauchcast radio, but apparently without the recommendations feature and the ability to take your radio station with you.

However when you view it from the likes of ClearChannel‘s perspective: what better way to fix their existing lowest common denominator model which appears broken in today’s society and get targeted programming than have the user do the programming themselves.

90-second commercial spots which can be tailored according to registration details and musical taste. From a music industry perspective they can more accurately measure and charge beyond a number of plays for tracks on a radio station, but more accurately how many listeners a track has. In addition, we don’t know if the Spiral Frog system can also provide privacy busting information on the number of plays.

Where it falls down is that in order for Spiral Frog to make money they need to sell a lot of high-value advertising. The model on which they are operating on will not have user intent like Kelkoo, Google Advertising, Yahoo! Search Marketing or Shopping.com; however it could be good for brand advertising if Spiral Frog doesn’t burn out of cash before it gets to break even.