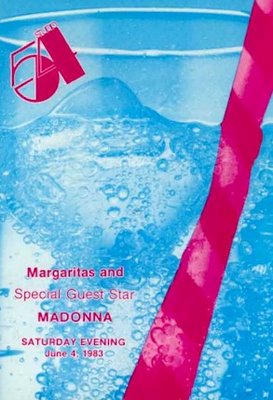 Self-described loser and former Microsoft employee Robert Scoble has not managed to get a ticket to the Web 2.0 conference along with a number of other people, what has been puzzling me has been that not many has been talking about the death of the conference in the same way as the death of newspapers.Instead they meekly accept a door policy that would rival the old Studio 54 in New York.

I see the fate of the newspaper and the conference being interconnected in the way that they have been supplanted by technology and alternative ways of doing things. In fact, I think that the newspaper has a better chance of survival.

Let’s look at what a conference is all about?

– Access to information and new ideas
Blogs, academic papers online, podcasts, web forums and virtual meetings. If you put in the area you are interested in into Google or Scirus you should start to get some interesting materials. The revolution has been recorded, videoed, turned into whitepapers and presentation files. This transfer of content on to the web allows for a truly global participation.

Set up alerts via Technorati and similar services to track developments.

Many of the conference organisers aren’t meeting their attendees need which is why there has been a move towards unconferences like Foocamp.

– Social networking
Conferences like TED and Web 2.0 have favoured previous attendees so putting a cap on the number of new people that attendees can meet. Secondly, there are alternatives in the numerous communities and forums to interact and network for business purposes like LinkedIn and SoFlow.

– Interaction with peers and other like-minded people
Upcoming.org has dozens of events in major cities that are more grassroots in nature than conferences that allow for real-life interaction.

Add to this environmental factors such as the rise of terrorism, an increase in fuel prices and increased awareness of the environmental damage caused by air travel, do conferences have a place in the future? If newspapers are dead media, then conferences are dead events.