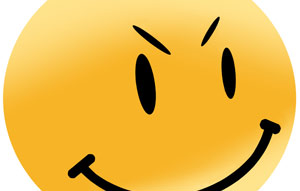 At the time of writing the Edelman Wal-Mart flog furore has about 1,125 blog posts according to Technorati and over 49 news stories on Google News. Enough has been said about the incident here and elsewhere, but I wanted to use it as an example to illustrate another point.News flow on blogs is very different to news flow in the mainstream media (MSM). We had been used to the news agenda constantly churning over to meet the need for new content required for the following days newspaper or the next major news broadcast. Instead with blogs the news moves much more slowly, or more accurately reverberates around.

It reminds me of when I moved into PR and I first worked in a female-dominated environment. I got particularly frustrated by the way meetings were conducted where an idea was passed around the table, each person acknowledged the idea and wrapped their own spin and a bit of empathy around the idea parcel.

Since blogs cannot only break news like MSM, but also act as an echo chamber to make that news last longer for the audience, is giving bloggers special access or embargoed material worthwhile?

Would it not be better to keep some of the news back and feed it into the bloggers a bit later to give the story a different slant or more legs (rather like game developers have done with the media by providing cheats a while after a game has launched). Thoughts?