I decided to write this post to reflect on the very different visions of digital retailing that consumers are currently experiencing. I’ve labelled these two visions Mobile OS and Shop OS respectively.

I went to Wagamama with some colleagues from Racepoint where we were encouraged to all download Qkr!. Qkr! is an application that was developed by MasterCard rather than the restaurant, it isn’t exclusive to Wagamama either. MasterCard has built the application with a view to building a wide eco-system merchants. It is notable that the application is actually card issuer agnostic, so I was able to set up an account with a Visa card. Wagamama bribed us with free desserts to download the application, so they clearly have some skin in the game. We downloaded it, set up our account with at least one mode of payment, our email address and a password. One of us became the host and gave us all a number which was our common bill. We could order straight from the app and food was supposed to arrive. When we wanted to pay we selected our items and paid our share of the bill. A couple of us only had cash, so they paid a friend and the friend paid on the app. If I am absolutely honest with you, it was a lot of work for casual dining and but for everyone around the table working in technology marketing (and so having a modicum of curiosity about things app-related) – it probably wouldn’t have had us all on board. Now that we have the app on our phone, I could see Qkr! hoping that we use it regularly and likely try and steer us to its merchant network though notifications and special offers. From Wagamama’s point-of-view it saves them from building, testing and maintaining a bespoke application. There are also presumably productivity benefits from reducing the order taking staff required. Qkr! didn’t prevent Wagamama from making mistakes with our order and we ended up one chocolate cake down. Contrast this with the approach that McDonalds have rolled out in their new (to me) Cambridge Circus branch. The area between the counter and the entrance is dominated by a series of vertical kiosks. 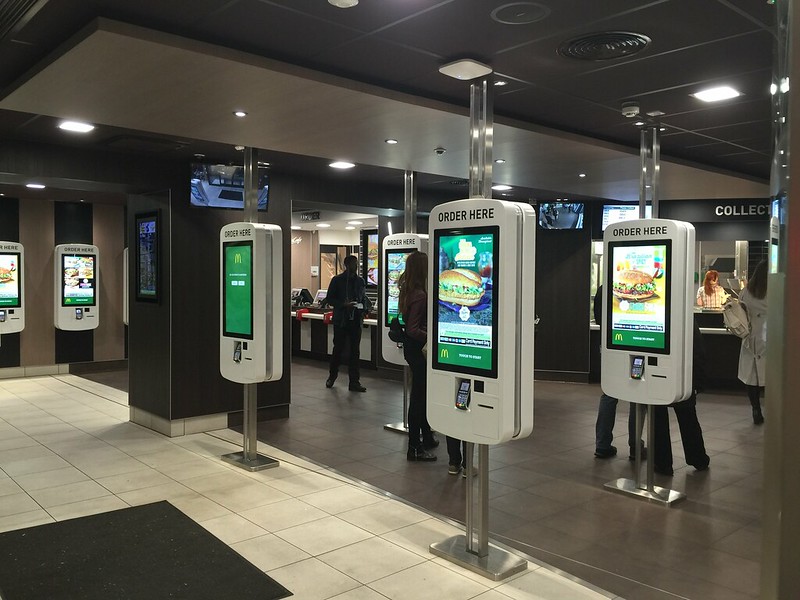 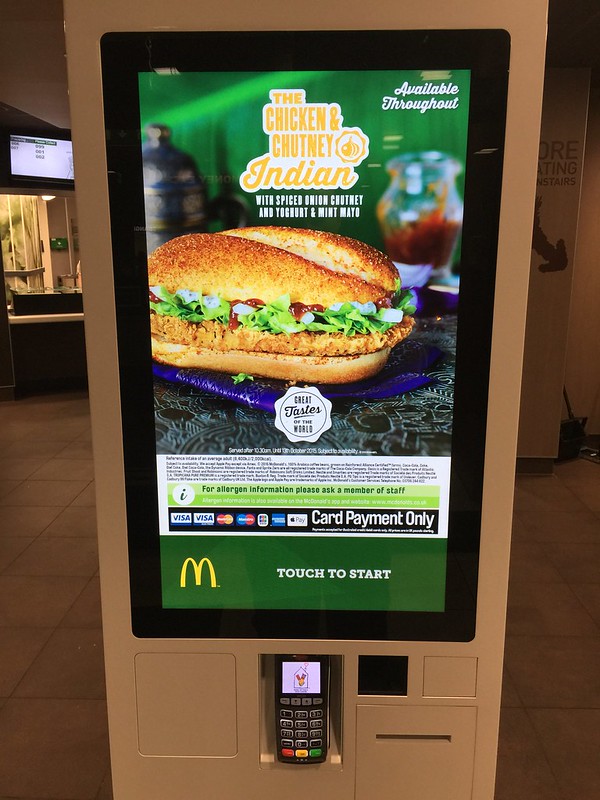 With a basic card reader on the bottom, there is no Apple Pay or NFC facilities, just a chip and PIN reader. The touch screen menu takes you through a smartphone app like experience, if smartphones came with 27 inch screens. Once payment was successfully received, you then received a deli counter style receipt 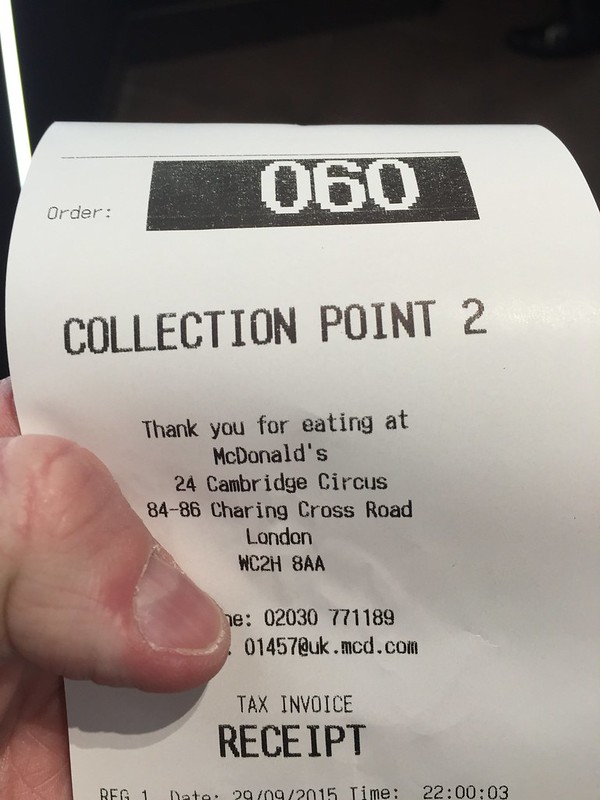 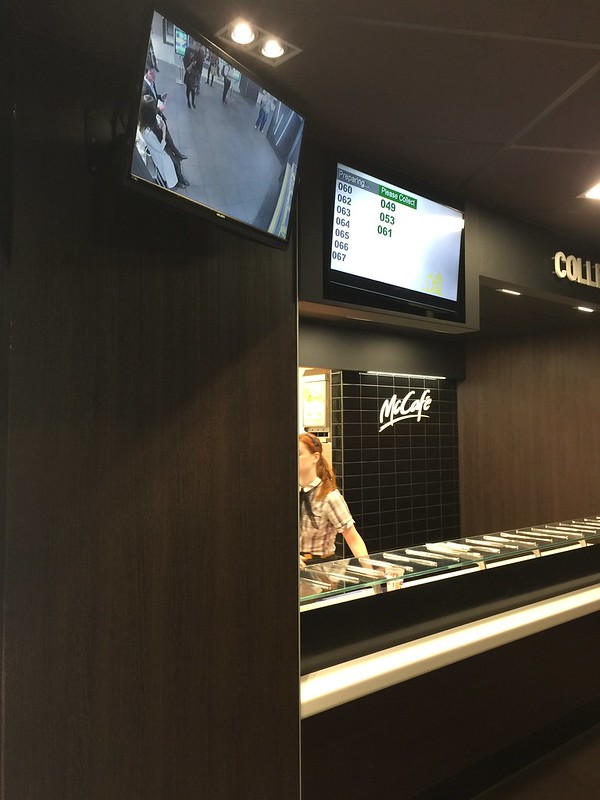 This is all designed to reduce consumer interaction and improve efficiency in the restaurant, if there was any way to cheapen the McDonalds’ experience making you queue like an Argos seems like the ideal way to go. The logical progression for this would be to move back to the Automat format (presumably this time using some sort of algorithm to optimise production. 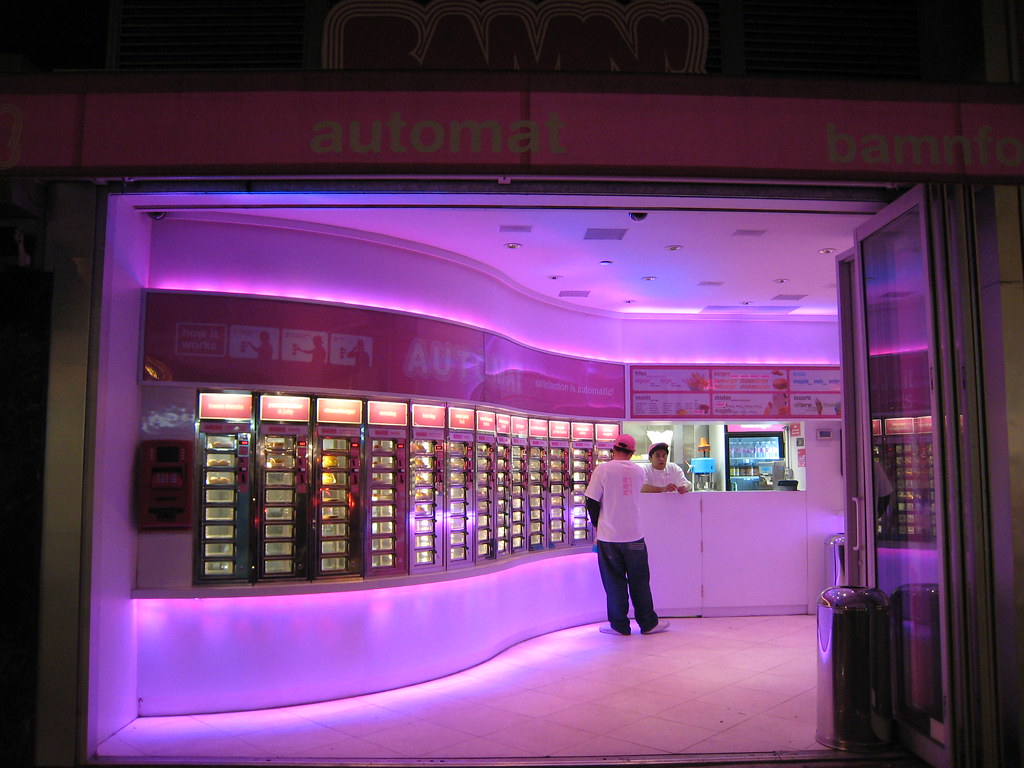 The irony of it all is that the rise of fast food restaurants like McDonalds killed off the Automat as a trend in North America and many Automats were converted into Burger King franchises.

Both Wagamama and McDonalds may have had some efficiency gains but lost out in terms of brand experience, they moved a bit further towards commoditised casual dining and fast food respectively – which goes against the brand equity that they have striven hard to build over decades.

Shop OS offers some advantages over Mobile OS, you can standardise on the hardware to reduce coding and testing requirements. It is ideal for tourists who may not want to roam on foreign mobile networks, nor be able to navigate free wi-fi offerings. The flip side is that there isn’t the same opportunity to capture customer data and behaviour, the notification screen on the smartphone is a key place for brands to intercept the customer using geofencing.