FireChat became famous due to its mesh networking function that came to prominence during the Occupy Central related protests and the Hong Kong umbrella movement.

FireChat allowed Hong Kong protestors to connect with each other when the mobile network wouldn’t support their discussions. The clever underlying technology belies the key consumer benefit of a messenger application. 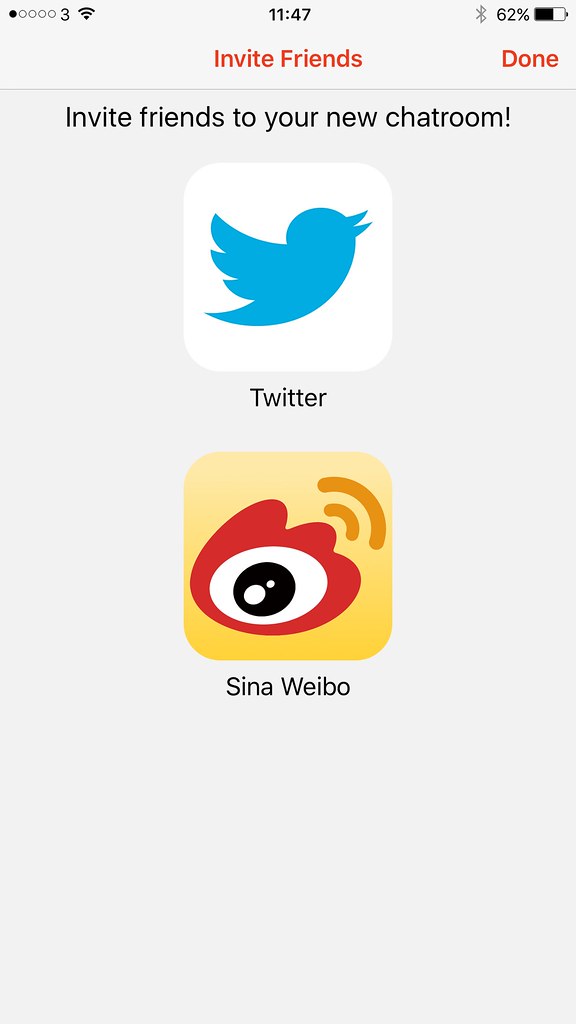 I logged into FireChat for the time in a while the other day, as I was in two minds to keep the app on my phone as part of my occasional spring cleaning process. I got confronted with the screen shot above.

The mesh network technology was very interesting with some largely niche use cases unlikely to drive large adoption of the app.

In order for FireChat to build an audience and invite people to a group, FireChat has to piggyback on Twitter or Weibo – which delegates it to just becoming a feature rather than a product in its own right.

Also from a security point of view this invite process would expose room invites to Hong Kong’s equivalent of the security services. Which didn’t seem like the smartest approach for the protestors looking to organise effectively.

Update – FireChat is no longer available as of 2018.