The estimated reading time for this post is 393 seconds

At a macro level, the world is in a pretty strange place at the moment. There is uncertainty across many countries in terms of political direction, macro economics, technology and consumer uncertainty. 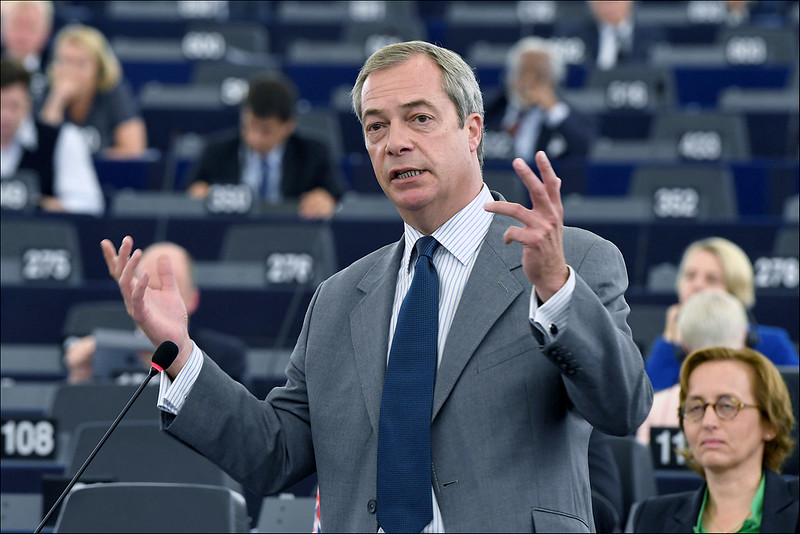 Populism and nationalism is on the march: Duterte in the Philippines. Trump in the US. The AfD is shifting the Overton window in Germany. The yellow vests in France and the UK is channeling anger into political activism along fringe party lines. The UK has seen a rise in far right grassroots media mirroring the rise of The Canary and similar publications on the left. The Russians don’t need to do it as the division is homegrown. The Queen’s speech called for unity in the country and the UK government’s Prevent anti-radicalisation programme has more far right cases than Islamic extremists. Even China has been gradually moving to a Han nationalism as part of its more forceful foreign policy. India and Pakistan have both seen a rise in sectarian politics. This has impacts in terms of foreign trade and economic growth. We are already seeing domestic brands rising in China and India; we may see a decline in brands and product SKUs in the likes of the UK – all of which will impact advertising budgets. At an agency office level; the chilling effect of nationalism is going to affect the movement of talent on both client and agency side. It’s hard to articulate the atmosphere of an agency that I was working in the day after the Brexit vote without using the word bereavement. I know people in my family and peers who are moving away. Over time this will impact culture and creativity. It is hard to remember but back in the 1970s the UK was much more parochial and less multi-cultural than it is now. Everyday things we take for granted like good food were much poorer experiences.

There are so many variables in play we don’t know where it’s going, but there are dark possibilities to the government ‘by the seat of their pants’ which seems to be prevalent.

Cryptocurrency and block chain: We’ve seen a wide range of crypto currencies decline in values this year. What are the factors might drive a recovery? Why would there be a spike in demand? I don’t know what that ‘X factor’ would be. I suspect that experiments in block chain such as verifying online media spend to prevent online fraud will start bumping up against the limitations of the technology. Blockchain has a relatively low transaction rate compared to legacy payment systems. Decentralisation still isn’t as good as an Oracle database or a mainframe a la the traditional banking system. Some applications just make no sense.

From Farm to Blockchain: Walmart Tracks Its Lettuce – The New York Times – is a classic example of technology for technology’s sake. How much lettuce would Walmart be selling day in, day out? That data has to be collected across a complex supply chain. Secondly, its a privatised centralised blockchain which negates the technical benefits of Blockchain and makes me wonder why IBM weren’t selling in Db2 or Oracle high transaction speed relational database on a z-series mainframe. It’s announcements like this that makes one wonder if blockchain has jumped the shark.

Virtual reality hasn’t seen the level of adoption that was predicted. The problem is no longer one of technology hardware (lets ignore battery life for a little while) but content. VR changes the way stories are told and experienced, it makes it hard to build brand experiences and compelling content. Microsoft has managed to build a community of early adopters in Altspace – a Second Life type environment. Augmented reality (AR) has been sporadically adopted and Apple has been putting a lot of work into building creator tools, but the decline of Blippar. Magic Leap’s demo film for its partnership with Cheddar doesn’t currently look like a compelling AR application to me. It does mirror, anecdotal evidence that suggests the most common use of VR is to replicate a big TV experience in a small space through the Netflix application.

If 2017 and 2018 were the years when ad fraud became the bête noire of marketers, 2019 might see harder questions asked of influencer marketing practices. The move from influencers to micro-influencers was down to cost per reach and engagement. The move to nano-influencers implies a similar kind of shift again. Yet it seems to be largely taken on blind faith by marketers at the moment that influencers are good thing. I think many of the challenges that influence marketing faces when I wrote about them earlier are still valid. One question that I haven’t seen seriously considered by marketers is when you’re in a culture where ‘selling out’ has moved from being shameful to gen-x; to a badge of validation in the space of a decade that has to change the value proposition that influence brings? As a marketer the possible answer to that question worries me.

The focus on ad fraud might be partly responsible for a slight resurgence in the realisation brand advertising is valuable. Performance advertising is about the now, brand advertising is all about sowing acorns that are reaped for decades to come. As a concept it’s easy to grasp at an empirical and research driven level. But when marketers typically stay in a role for a short time, the now becomes of outsized importance. They have to make an impact and then plan their exit strategy in what’s typically a three year cycle. Brand is hard for FMCG (fast moving consumer goods) brands to take on board as they see channel and shelf disruption from the likes of Amazon and Ocado. They have experimented with the direct sales model a la Birch Box and Dollar Shave Club, but that will only work with certain products. Consultants selling disruption are selling chaos; clients hedging against black swans often miss where change isn’t happening – consumer behaviour doesn’t change at the speed of PowerPoint. I’ll leave the last word on digital disruption to Mark Ritson.

It’s hard to get emotional or feel any of the romance of news media from a home page, but the paper edition carries with it the great cultural power of journalism. Print editions will become the ‘couture’ offering of the news brands – loss-making but important assets for building and retaining authority and influence over the market

Validation of traditional media can be seen all around us. Amazon printing catalogues, online brands having flagship stores. Underground and out of home adverts for e-commerce businesses surround me as I go about my daily life in London.

Stories with everything – I don’t know whether the recent trend of every social platform having a short form video function that disappears a la ‘stories’ is a wider socio-cultural trend or the constant carousel of changing formats as part of a ploy to keep users engagement rate up. For established platforms there is little to be lost by throwing new features agains the wall and seeing what sticks.

I’ve omitted talking about 5G as it will take more than a year to get up and running. It won’t be clear what its application is until we start to see how effective the network is in practice. Gadgets like fold out phones won’t fundamentally change the pictures under glass interface used in smartphones for the past decade or so. Their impact may be exaggerated due to their high cost that consumers will bear one way or another.

I realise that these are a series of random thoughts but would be interested to know what you think. Feel free to comment below.