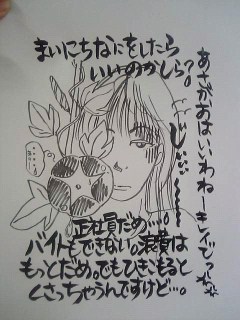 Hikikomori – Its a Japanese word that means withdrawal. In Japan, some young men are retreating to their bedrooms away from normal life, like school, getting a job and having a social life. Hikikomori is used to describe both the phenomena and the people who suffer from it. They stay in there over six months to be classified as hikikomori, though many have stayed inside for years.They may venture into the sitting room, or make a late-night dash to a convenience store for a snack, computer games, DVDs or CDs. The phenomena is not fully understood, other developed Asian societies like Taiwan are said to also suffer from the problem, but on a much smaller scale.

Experts cite a multitude of reasons for hikikomori from over protective mothers to the hot-house education system and societal pressure to be a success.

Those that withdraw for more than a year are at a serious risk of fully integrating into society. It is considered to be as much of a social issue in Japan as eating disorders are in western cultures, since Japan is already sitting on a demographic time-bomb of a rapidly aging population and once their parents die or are unable to care for the hikikomori, they are may fall through the cracks of society. Maggie Jones of The New York Times magazine wrote an article

Shutting Themselves In (January 15, 2006) on the hikikomori where you can read more about the problem.