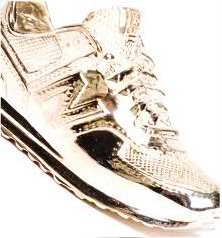 InfoWorld‘s daily podcast claimed that Wi-Fi hotspots had passed 100,000; 2,000 of which are in Seoul (South Korea). The US had the most Wi-Fi hotspots, with the UK in second place.Talking of hotspots, Simon Willison pointed me in the direction of Memeorandum.com which highlights what’s the heat online in terms of blogs and news articles. At the moment it has two sections: technology and news.

The folks that write the WWNK newsletter look at the likelihood of a hot war with Iran and indicated that the next edition of their thought provoking emails will be their last:

Dear Subscribers, After more than two years and 114 issues of What We Now Know, it’s time to say goodbye.

The reason why we are calling it quits is trivial but significant: Money. Call it filthy lucre, but as our investor-readers know, ultimately it’s the substance that makes the world go around… and that keeps newsletters get published.

What We Now Know initially started out as a pet project of Casey Research’s Managing Editor, David Galland–soon after being fed and cared for by Senior Editor Shannara Johnson and a small but excellent team of freelancers.

WWNK was controversial and funny, scientific and flamboyant at the same time. Not everybody always agreed with its contents… in fact, it managed to step onto various toes with precious regularity. But it also amused, informed, entertained, and touched many people.

Like all proud parents, your editors had high aspirations and goals for our brainchild, and we frequently talked and dreamed about what it might become when it grew up.

Destiny had planned differently, though. The big brothers and sisters of What We Now Know grew and blossomed far more quickly and soon overshadowed their little brother, taking precedence in daily business. Sadly, we had to admit that although WWNK was receiving raving reviews from its readers, it failed to pull its own weight.

So, in the same way as we buy stocks low and sell them high, we feel it’s important to give up a good thing while it’s still good. It was a great ride, and we don’t regret a minute of it.

Meanwhile the folks at IG Trendcentral had a couple of interesting links: