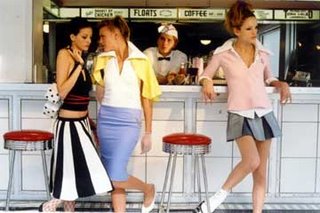 Social networking boffin danah boyd has carved out a bit of a niche as the media’s talking head of choice regarding MySpace.Following on from my posts that have discussed MySpace, danah’s perspective on the challenges that the social networking site faces makes an interesting read.

Put simply Friendster waned because they didn’t manage the way they treated their community well, MySpace runs a risk of imploding under its own weight as the needs and cultures of its users collide in a messy super public. MySpace is also threatened by a political and public pressure of moral panic as the adult world don’t get what the kids are doing. This is likely to bring in legislation in the US (sounds like rock n’ roll music in the middle of the last century).

danah sees this as bad news for freedom of speech, anonymity online and damaging for social networking sites in general.

A secondary impact will be on the ability to monetise these sites through advertising and sponsorship deals, as big brand marketers won’t want to support sites that would tarnish the public perception of their brand. This restriction on entrepreneurs is likely to impact on the development of social networks.

Kudos to the YPulse newsletter. Picture by Patricia Gomez-Garcia.