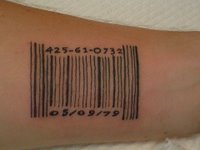 Or maybe it does when people see the size of licence fees that Qualcomm often demand ;-)?Over at Trend Watching the latest concept that they’ve written about is Info Lust. This seems to be a mix of new and old ideas that are increasingly becoming of their time. Put simply Info Lust is the addiction that consumers have become to getting instant access to any kind of useful and relevant information.

It encompasses the benefit of the web as a information provider meaning that consumers purchase habits tending towards what economists would call a perfect marketplace where they know what is the best of the best for any given item through sites like epinions and the very best price based comparison shopping sites. This isn’t a new concept, six years ago I was hyping evenbetter.com and launched DealTime in the UK.

Trend Watching claim that is driven by the consumer need to be in ‘power and empowered’. Where this is moving on from previous incarnations is always-on ability to interrogate and receive answers through mobile devices and ‘real-world’ objects.