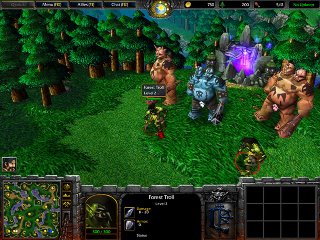 Intellectual property rights are the neutron bombs of modern business. Major companies hold patents and horse trade licences in order to gain an advantage over rivals. Patent trolls are companies that use patents to squeeze licence fees out of other companies. According to Ars Technica Nintendo has exhibited some troll-like behaviour with is successful patent for instant messaging in a game environment.

Where does this leave Xbox Live, Sony or games like World of Warcraft and America’s Army? Nintendo has concentrated on playability and ceded battles on the millions of polygons that its consoles can render; however it now looks as if that focus may yet pay dividends.