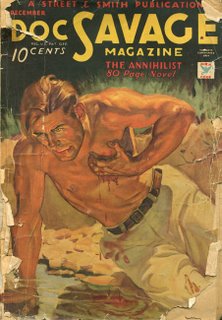 Dickens originally wrote for publications that published his work as weekly installments, as does the vastly superior Alan Moore. Caterina Fake put me on to the Daily Lit, a website that sends you a book bit-by-bit over email, a canny idea for the Blackberry generation. It reminded me of the emailed installments of the sequel novel that Brett Easton Ellis penned for the marketing campaign of the American Psycho film.

Talking of literature, you can pre-order the latest installment of Alan Moore’s League of Extraordinary Gentlemen on Amazon, get shopping