The estimated reading time for this post is 280 seconds

I ended up giving a lot of thought about the concept of technology adoption and what it really means. I have been spending a bit of time with the family over the Christmas period as the Carroll family CTO. Reading some of the statistics out there about technology adoption got me thinking whilst I was doing my role as CTO.

In my role as family CTO I had my work cut out for me. My first task on Christmas morning was to recover their Apple ID so that the iPad could be used effectively. 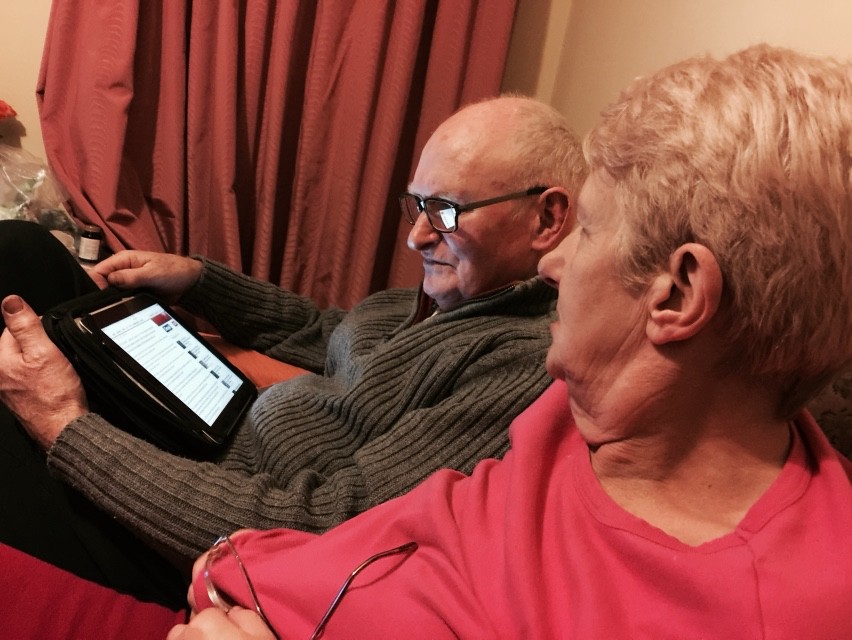 Their mobile communications needs pose a far thornier problem for me and I have been given some thought to my parents and their battered feature phones.

The problem that I have is that its getting increasingly difficult to get them the kind of phone that they want:

It is a tough call. I have been down this route before. I gave them my old Palm Treo 650 a number of years ago and it got them thinking about digital photography, but it failed as a phone. It’s failures were:

The software was also buggy as hell, but I could trouble shoot any problems they had from my memory of using it a few years before they got their hands on it. The Treo 650 eventually gave up the ghost as the family digital camera, to be replaced by the iPad. My friends who have managed to get their parents using Weixin/WeChat on a mobile phone are not particularly good case studies for what I need to do. There is an absolute unwillingness to have phones with a data package: it is hard for them to understand the vagaries of the mobile phone company tariffs; email is something that they can pick up at home. They never hit the wall on their data allowance from the ISP so it never occurs as a consideration to them.

There is also something about the iPad which means it is accepted as something different to a complex smartphone device and more accepted despite the similar pictures-under-glass interface.

Instead a market stall provided a Samsung feature phone with a late Series 40-esque interface which pushes the envelope in terms of my Dad’s comfort level using it. Meanwhile my Mum soldiers on with an old Nokia. My immediate gut reaction is to go to eBay and pick up something like the Nokia 225 or a Samsung Solid Immerse GT-B2710 for the both of them.

I know other people who have faced similar conundrums and have gone with a Windows Phone (it fails my spec because I wouldn’t be able to troubleshoot it for them), but the tiles front page presents what could be a senior-friendly experience in their eyes.  The shy and retiring Tomi Ahonen got hold of some Nokia data looking at phone activations and was both astonished and angry. Roughly a third of Nokia Lumia phones which went out form the factories were never activated. His theory was that a combination of high handset failure rate, unsold inventory from the messy switch over to Windows Phone 8 and possible channel stuffing might be involved.

Extending this analogy further, a large amount of ‘smart TVs’ are now being sold and being touted as the new, new thing in terms of internet eyeballs. Web TV isn’t particularly new as an idea, Combining the web in a TV format has been going since at least the mid-1990s when Steve Perlman founded what would later become MSN TV.

We know that a large amount of homes are buying TVs that are smart, but how do they use them? Are they just using them for the delivery of Apple TV like services; a cable box over IP or are they doing ‘lean forward’ activity one would expect of a smart TV like email, Facebook updates and the like?

I suspect most smart TVs are video delivery mechanisms and that’s pretty much it, are they then really smart? All of this may sound like semantics, but they could feed into the decisions of advertisers, in terms of platforms and creative execution. They are also likely to feed back into product management in the the consumer electronics sector, where TV makers enjoy (if thats the right word) razor-thin margins.

From an information security point-of-view, how would you explain to smart TV owners with ‘dumb TV’ usage patterns that their set may be at risk of being hacked and how they should spend money to protect themselves. A worst case scenario maybe a Sony Bravia (or other manufacturers for that matter) bot army of TVs may never be shut down because consumer apathy to the perceived security risk.

More information
Bizarre Stat of the Day: Microsoft (and Nokia) have only achieved 50M Lumia activations? Seriously? Out of 76M shipments? What happened to the other 26M? Seriously! Tossed into garbage by retail? | Communities Dominate Brands