Much as I would like this to be a media megacorp of randomness, renaissance chambara is written by just one person me: Ged Carroll. 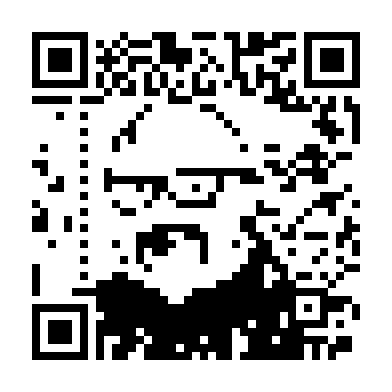 renaissance chambara started off as an experiment to find out about the capabilities of blogging by trying, originally it was postings on the AlwaysOn Network back in 2002 – 2004, which at the time was an innovation-orientated analogue of Medium. I then moved it to a Blogspot blog; though none of the posts on the AlwaysOn Network survived. Who said publishing on the internet is forever.  It then moved to a now dead blog that was hosted on Yahoo! Small Business Hosting with my own URL. Relatively early on I roped in a couple of journalist friends who contributed a couple of items.

Every day, to earn my daily bread I go to the market where lies are bought. Hopefully, I take up my place among the sellers. – Bertolt Brecht

I am a brand planner and sometime digital marketer, living in London (on and off for the past 20 years, living in between in Hong Kong and Shenzhen, China) delivering programmes for a creative, communications and advertising agencies and their client base.

So back in 2002 it made sense to find out about blogs as a way of directly communicating with public audiences. This is back before social media marketing really became a thing like it is now. Instead we had chat rooms, forums, IRC (internet relay chat) and instant messaging.

I have passed on digital skills as part of the Econsultancy training team, was a contributing author to The Social Media MBA and Share This Too, done public speaking and have been a business adviser to an architectural studio based in Shenzhen, China.

I have freelanced for different agencies working on projects for clients like Mandarin Oriental, Sony and Unilever. You can find out more about my work, re professional stuff on this page. At the moment I’m working on US and global ad campaigns at McCann Health.

Prior to falling into agency life I worked in a number of roles, from McDonald’s prep rooms building racks of frozen chips for frying, to heading a shift team in an oil refinery and a brief spell in marketing for financial institutions.

Probably the role that was closest to my heart was club DJ, because of my love of music. I still like to step behind the mixing desk and play new records with some classics and surprises thrown in just to keep people guessing. Vinyl is still king in my book.

I guess this kind of gives you an idea of the lens through which I view the world when I write the posts:

I found my way into technology mainly because I wasn’t afraid of it, rather than any real ability. I learned about technology in a very hands on way because there wasn’t any budget for an IT department in many of the early companies where I worked. I got experience on Macs, mainframes, DEC VAX mini-computers IBM and SGI UNIX boxes during five years or so in industry. I had my first email address early in 1994. In the tradition of the early net, I was a number rather than a name. I also managed to send my first spam email pretty soon after as I tried to offload some unwanted Marks and Spencers’ vouchers on my unsuspecting colleagues. Back then people were more concerned that I was creating and selling counterfeit vouchers (I wasn’t, but then I would say that wouldn’t I?) rather than the act of spamming itself.

I took up technology that made a difference to my life: pagers, mobile phones, PDAs and Mac laptops. I still use Macs, though the pager, mobile phone and PDA has now been replaced by an iPhone.

I am not very talented in the programming skills area, but was self-taught to write macros in Lotus 1-2-3 to automate optical fibre testing equipment. But that was a long time ago and I have forgotten more in that time than I’ll ever know again.

The name is all in lower case because the web is built on the foundations of Unix. Linux is just a cheap knock-off, even Microsoft’s modern operating system borrowed much of its underpinnings from a Unix analogue called VMS. iOS and macOS are based on BSD, which stands for Berkeley Systems Distribution (of Unix). Unix only used lower case in its syntax, that’s the reason by email addresses and URLs are case insensitive.

renaissance as in a wide range of interests – everything is inter-connected. chambara (チャンバラ) as in period samurai films (Ran, Hidden Fortress, Seven Samurai, Yojimbo, Rashomon, Hitokiri, Sword of Doom, Zatoichi series, the Lone Wolf & Cub series ) – because of my interest in East Asian culture. (chambara is also rendered into western script as chanbara – I made a choice, deal with it). renaissance wushu didn’t have the same ring and hallyu wasn’t really a thing until after I started writing back in 2004.

If you need to ask more about the name you just won’t get it, just roll with it and we’ll be in like flynn.