The World as Design author Aicher was a German designer. He is most famous of his graphic design and typography. His most famous font is Rotis  His impact was far wider. Aicher was a co-founder of the short-lived Ulm School of Design. Over its 15 years it developed a legacy that continues to echo through design education.

He worked with prominent German brands including Braun, Lufthansa and ERCO the lighting firm.

You can blame him for single handedly kicking off the use of stickmen pictograms on public signage in buildings like airports.

Aicher and his colleagues at Ulm were about more than making things look pretty on their medium of choice, they thought about systems. Aicher’s holistic approach to systems influenced modern brand design.  Mark Holt, a co-founder of 8vo; who worked on everything from Factory Records to billing systems for mobile carrier Orange cited Aicher as a major influence. 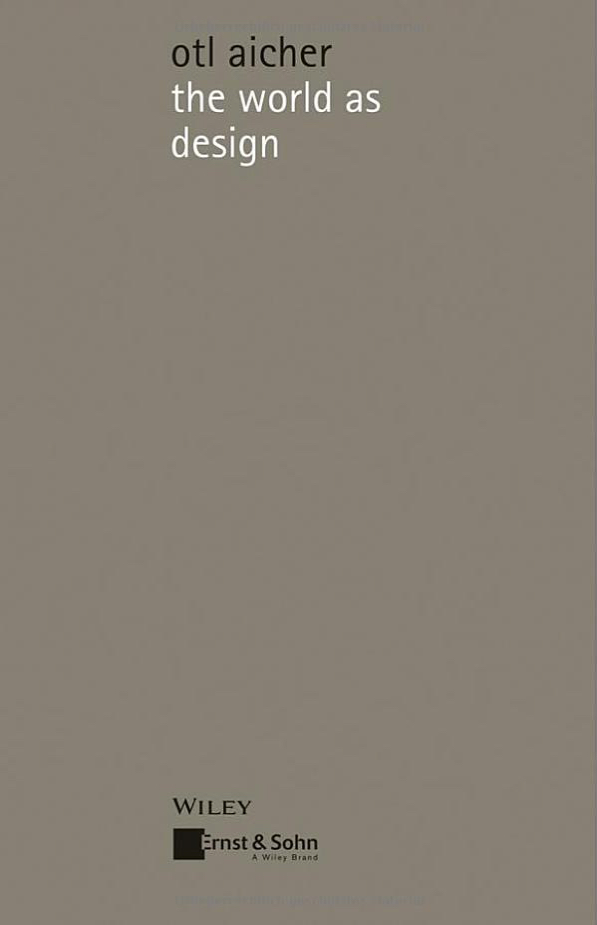 Aicher’s book The World of Design collects a series of his essays across a wide spectrum of topics. Culture and political essays sit alongside examinations on the process of design and typography. Design and art do not exist in isolation but as part of the wider world. Something that you become keenly aware of as being central to his thinking – alongside his advocacy of reinvigorating modernism.

Probably most striking is Aicher’s delivery and style of writing. He writes with absolute confidence as each item has been thought about, despite feeling like a stream of consciousness in the way those mulled over thoughts are put down. He also completely dispenses with capital letters, sentences flow into each other from a visual perspective. This gives his work a sense of urgency and authenticity – but doesn’t make it any easier to read.

Theses essays felt as if they were born on the internet not written sometime before Aicher died in 1991, which says a lot about how fresh and contemporary his work still is.