The estimated reading time for this post is 174 seconds 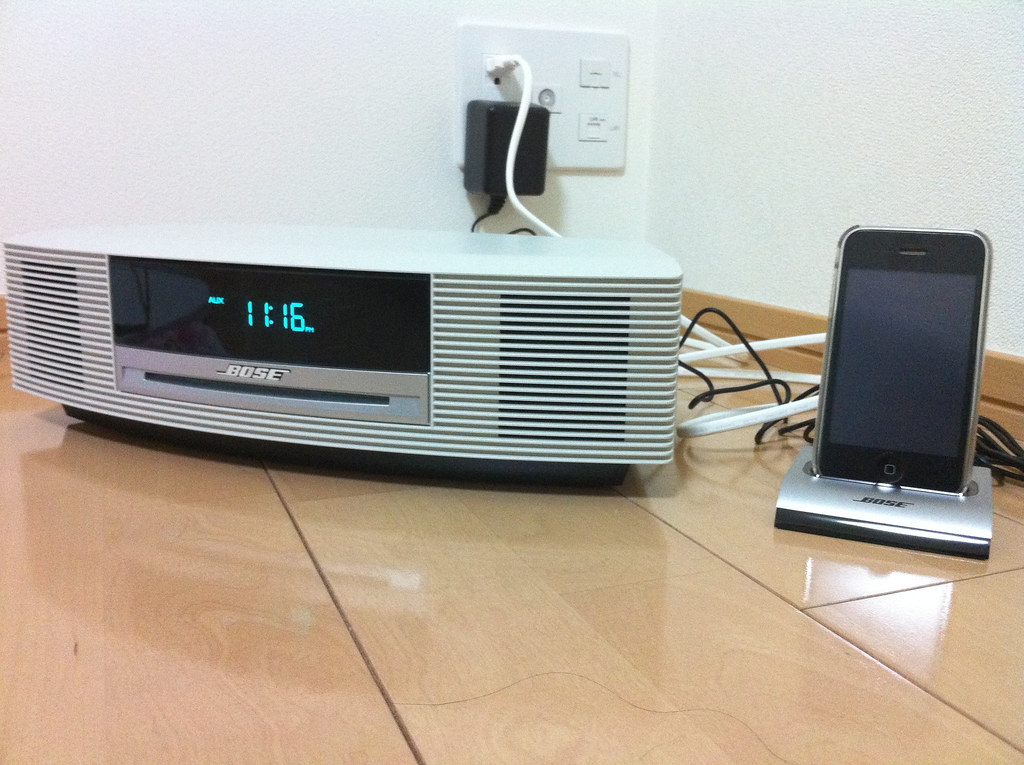 The original Bose Wave System was launched back in 1984; this was back when Sony was king due to the Walkman, digital wasn’t really on the horizon with the Discman only launching same year. The Acoustic Wave 1 (AW1) was a new take on the boom box radio that was ubiquitous in households and workplaces at that time. The AW1 featured a cassette deck and a two band radio.

Eight years later digital finally arrived when Bose switched out the cassette for a top-loading CD player instead.

In 1993, the Bose Wave System shrank from about the size of a medium sized boom box to something about as tall as an iPod Classic but featured radio only and was called the Wave Radio.

Boselink is unique in consumer electronics in terms of the expandability it allows. It was originally designed as a communications protocol for multi-room sound systems, but is also useful for connecting modules that extend the functionality of the basic Bose Wave System. Compatible accessories include:

Bose also offered an iPod kit, which charges your iPod Classic and plays back the music. There is a replacement remote for the Bose Wave Music System which integrates basic iPod playback controls.

The key benefit of a vintage Bose Wave System over a new device is the display. New devices have a back lit LCD display which wash out and aren’t as legible as the vintage vacuum fluorescent displays.

Secondly, you still enjoy the ‘big box’ sound created by the diminutive size of the Bose Wave Music System. They use use a folded waveguide, which is a series of passages from the speaker driver to the speaker grill. This attempts to replicate sound from larger systems. Bose claims the waveguide “produces full, clear stereo sound from a small enclosure by guiding air through two 26” folded wave guides.” The design of the wave guides has changed minimally over the years.

My casual listening at home is based on two systems. A 12 year old Apple iPod Hi-Fi A1121, which works as a centre speaker for my TV when I need it. It takes audio in via TOSLink and gives a better sound than most sound bars that I’ve listened to.

I use a Bose Wave Music System of a similar age to the iPod Hi-Fi with the DAB module connected via BoseLink and iPod adaptor as my go to radio around the house. It is the default provider of background music and up to the minute news. It provides a better sound than most of its newer BlueTooth enabled competitors. It wins out over the Apple iPod Hi-Fi, because of its ability to play digital radio and hide out of the way on book shelf.

I then use a dedicated hi-fi for serious music listening of CDs and vinyl records.