It isn’t often that my thoughts turn to Jeremy Clarkson. This is mainly because being a car-less resident of London (and late of Hong Kong); I don’t really have much reason to pay attention to Top Gear. Secondly, there is only one Stig and that’s my childhood sporting hero – rally driver (and probably Sweden’s fastest pensioner) Stig Blomqvist. 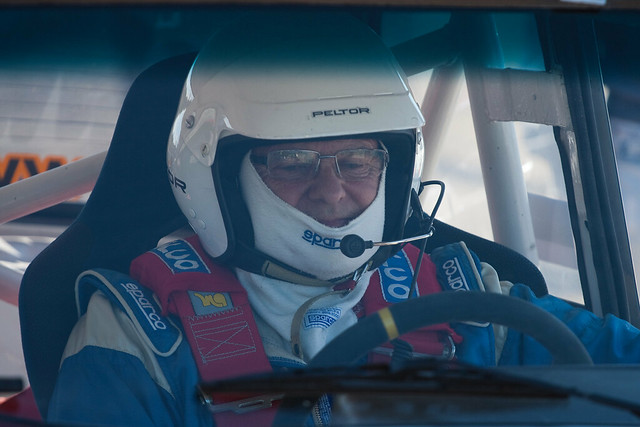 But I couldn’t avoid the fracas when it exploded as a story across the media.

I was particularly struck by PR Week’s coverage of the story: Jeremy Clarkson’s popularity on social media plummets after BBC ‘fracas’. Yeah, right! The problem with stories like this is about how you slice the data and interpret it.

Social media conversation as a mode of popular measure

The very nature of a conversation is the ebb-and-flow. Mr Clarkson would need to be more worried if he no longer was a topic of conversation as it would indicate that his celebrity had run its course. If everyone was unified in agreement when the volume of conversation would be lower, but it doesn’t necessarily measure popularity, but polarity of sentiment.

Sentiment analysis is worthy of a post in of itself. Machine sentiment analysis is generally no more than 65% accurate. That sounds pretty good until you see the results. When done properly it is usually supplemented by manual analysis, to pick up on colloquial language, sarcasm or complex sentence construction – all of which can fool the smartest systems. So any argument built on sentiment as a key indicator is built on a foundation of sand.

If we look at the amount of followers on Jeremy Clarkson’s Twitter account using social media monitoring tool Sysomos MAP; we see numbers that suggest his popularity on social has surged rather than declined as he became embroiled in controversy. 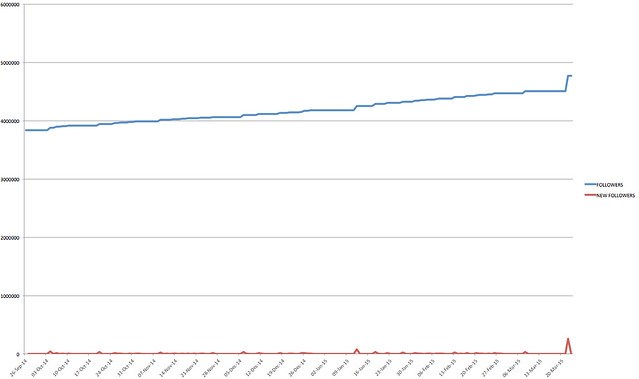 The story we are actually seeing is a polarisation of opinion with detractors becoming increasingly vocal and fans becoming firmer in their support. As a brand marketer, having a client that stands for something is the jumping off point for great creative. You are not constrained by having to please everyone and so great marketing can happen:

At the moment, Jeremy Clarkson probably doesn’t have a lot to worry about in terms of his social popularity; so long as the lawyers don’t get too involved his popularity is likely to sustain him in media work of some sort for a while yet. More online related content here.