I was chatting with a friend who was evangelic in their description of the emergent community on the AltSpace VR (virtual reality) social network They had met great friends, the kind of meaningful interactions that seldom occurs on your Facebook wall now.

But was this about the power of VR? My take was that it is a minor factor at best. VR acted as a filter, it brought similar likeminded early adopters together. In many respects this mirrored other technology filters: the early days of dial up bulletin board services (particularly in the US with free local calls on the Bell network carriers),  AOL and CompuServe chat rooms or the Usenet. 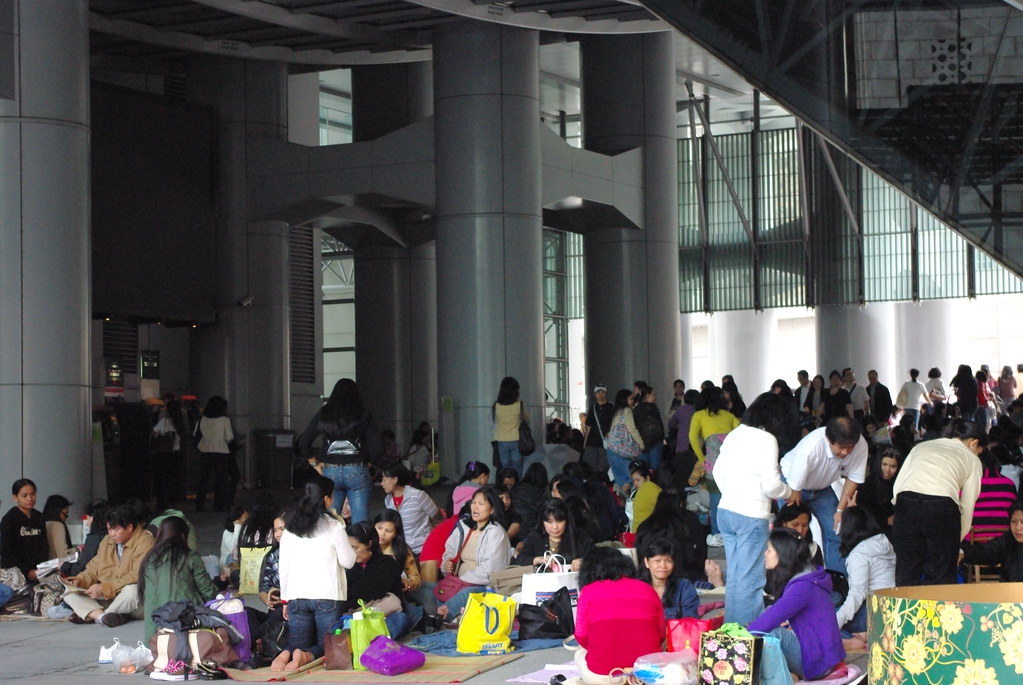 The power of connecting likeminded people can be a transformative experience in the minds of participants.

If I think back before my time on the internet, my friend’s experience in the emergent community of AltSpace sounded like the people I met at the Hacienda. It sounded like the experience of many of the regulars at acid house club Shoom – which was hosted by Danny Rampling out of a small gym in South London.

These experiences are once lived, often never recaptured experiences rather like being on a school or college sports team. They only exist for a fleeting moment in time.

It was like being an early member on Flickr, or my friend Ian’s experience on CompuServe chat rooms (where he met his future wife).

So what makes these communities special?

So what happens to these communities?

About the photo: I took this on an early trip to Hong Kong. Every Sunday the Filipino and Indonesian communities would gather in different parts of the city to see friends, eat, sing, dance and trade items. This picture is of Filipinos,  taken in the private public space under the HSBC building in the Central district. Some years later this was a site for the Occupy Central protesters.