The estimated reading time for this post is 732 seconds

Sacha Baron Cohen won an award and made a speech on internet freedom at the Anti-Defamation League awards. He’s a really good orator. Sufficiently good that the likes of Alphabet, Facebook and Twitter must be thankful that he doesn’t have a political office (yet). Check it out, its well worth half an hour of your time.

It feels like things are coming to a head. 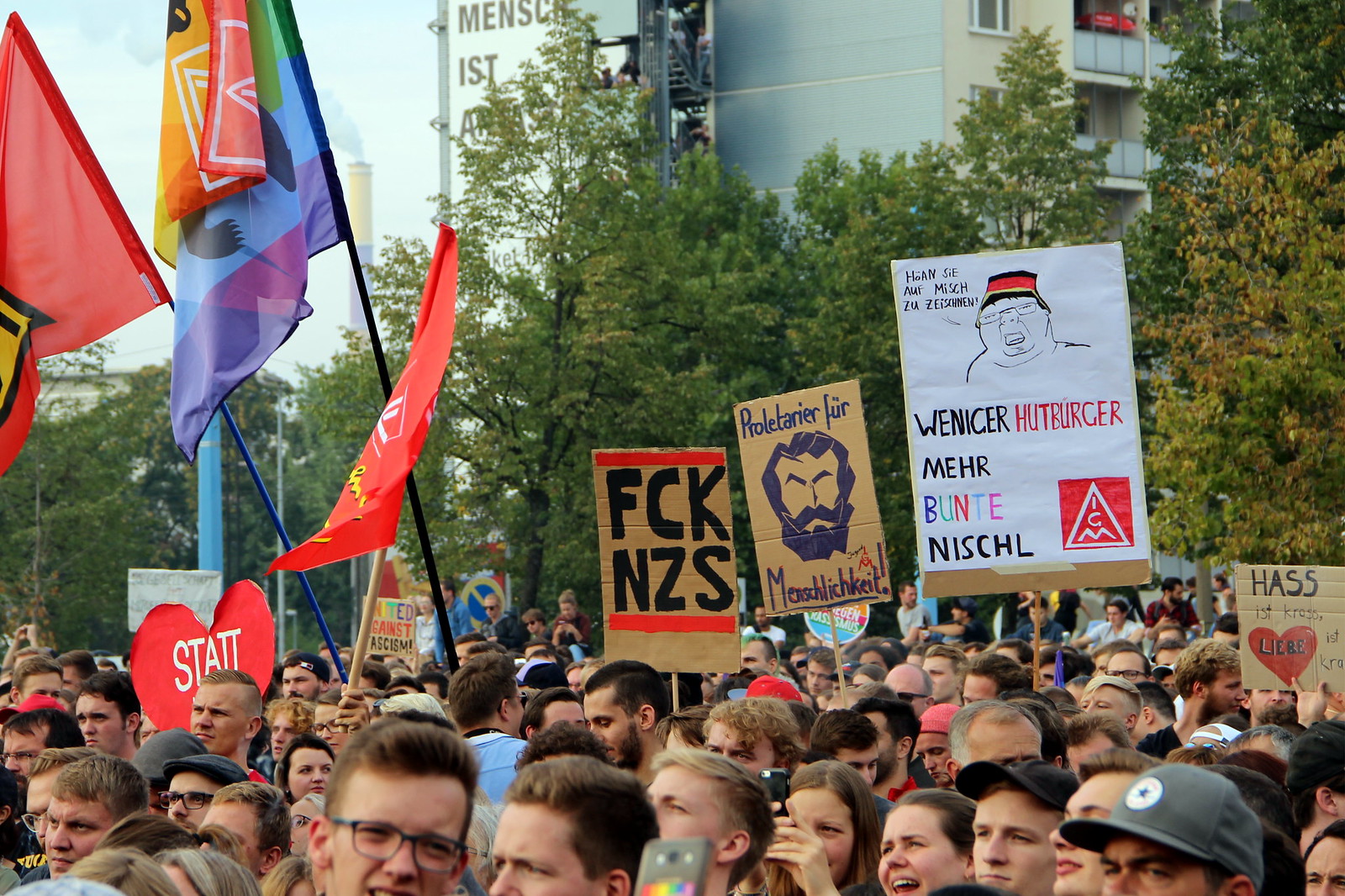 China has been preaching cyber-sovereignty (and taking advantage of the laissez faire western platforms for its own dark ends). The parallels between 1930s Germany and the current Han nationalist policies of China’s communist party can’t be overstated.

The British government is afraid, and has failed to release its own report on whether Russian influence operations shaped UK election outcomes.

In the US, we have an armed man driving across the country and opening fire in a restaurant to investigate the veracity of a conspiracy theory posted online.

Baron Cohen outlines his own examples:

…when Borat was able to get an entire bar in Arizona to sing “Throw the Jew down the well,” it did reveal people’s indifference to anti-Semitism.  When—as Bruno, the gay fashion reporter from Austria—I started kissing a man in a cage fight in Arkansas, nearly starting a riot, it showed the violent potential of homophobia.  And when—disguised as an ultra-woke developer—I proposed building a mosque in one rural community, prompting a resident to proudly admit, “I am racist, against Muslims”—it showed the acceptance of Islamophobia.

The internet has come a long way since the Clinton administration heralded its rollout as a sign of great things to come. It has worked its way into our homes, replacing brown goods in the living room and empowering the home computer and games console. From there it has slipped into our pockets and on to our wrists through our cellphones and watches.

For many people, the internet mediates many of their daily social interactions. It is the channel for popular culture and current affairs. All of which has been curated by algorithms for them. It takes a considerable effort to step out of that.

I work within the media industrial complex. I have a good idea of what’s possible.

That isn’t to say that there was a golden age where the internet was a haven of enlightened thought and polite debate. If you believe that, you’re wrong. As Baron Cohen eluded to in his keynote:

Firstly, the move to the fringe had been a relatively recent phenomena. Following his 1968 ‘rivers of blood’ speech, Enoch Powell had a 74 per cent approval rating amongst British people according to a poll done by The Gallup Organisation.

About the same time, my parents told me about the ‘No Blacks, No Irish, No Dogs’ signs. These were found in many British towns at the same time that hippies were advocating peace and love

The fringe that Baron Cohen talks about existed in live music venues and concert sold music merchandise for bands like Skrewdriver. I was just that bit too young to see the National Front marches that happened in various cities in the 1970s. Rock Against Racism again was something I just missed out on. The 1980s had the right wing skinhead movement as much more on the fringes. This was complicated by the various tribes

There were fanzines passed around. Books were given limited private pressings and sold via mail order. A guy I went to college with had a reputation being a ‘weirdo’. Everywhere he went (in US army surplus clothing including a cold war era steel helmet. Everywhere in his wake he left Combat 88 stickers and warned anyone who would listen of the coming race war.

European games programmers developed a concentration camp manager simulator with a game play mechanism similar to The Sims. This was distributed over bulletin boards and the ‘sneaker net’ – copied on to diskette and shared with other people.

Stormfront set up a dial-up bulletin board in the US, which then moved on to the nascent web.

There was hate speech, conspiracy theorists, paedophiles and worse on the internet. At first a certain amount of technical skill, provided a barrier between the mainstream user and the content. Not everyone had a handle on Usenet groups or IRC channels for instance.

Then as the volume of web sites increased massively there wasn’t an effective way to have these ideas served to you unbidden unless you had a dig around to find forums of likeminded people like Stormfront.

“provide an alternative news media” and create a virtual community for the fragmented white nationalist movement.

From hope to hate: how the early internet fed the far right – The Guardian

Google’s search engine made it a bit easier to find web-based forums for pretty much anything under the sun.

Baron Cohen isn’t trying to remove all the fringe content from the web. It would be an almost insurmountable battle. It takes the Chinese government a lot of effort. And that’s dealing with:

The first thing that comes through about the the platforms that Baron Cohen discusses:

All of these platforms (like Yahoo! before it) are afraid of being considered to be publishers. Being a publisher brings a host of obligations that require resources to address. Things like:

All of these things put you inside the remit of often contradicting laws of different countries. So it is in the financial interests of these companies to back ‘extreme free speech’.

As the popularity of these platforms increased a few things happened:

Algorithms are all around you.

The problem is that this creates filter bubbles. And in the filter bubble it reinforces everything it thinks that you want to see. You’re no longer the one alien obsessed guy down the pub, but connected to alien conspiracy nuts just like you.

However all is not what it seems. Marketers, particularly agency marketers like myself when we get together bemoan the effectiveness of Facebook in particular.

But it makes it much harder for us to believe fully in the picture that Baron Cohen portrays.

Lets have a chat about machine learning

The secret sauce that a lot of these companies are trying to use is something called machine learning. Its the stuff that the media says will steal your job. You might hear the phrase AI or artificial intelligence used interchangeably with it.

It is good for some specialist things, but not nearly as sophisticated as the media would have you believe. Its no good in tasks that have a degree of uncertainty or ambiguity. Its not perfect at making judgement calls – just look at your email account’s spam email filter.

This is the technology that people expect to make calls about the kind of ethical issues Baron Cohen discusses – its not going to happen any time soon.

It’s not all about the internet

In Baron Cohen’s own words:

Baron Cohen’s point is that when truth and alt facts are put together with equal weighting, the audience finds it hard to differentiate or retain the content. That lack of knowledge or mass ignorance isn’t solely a failure of technology. Collectively society has failed to make everyone air of shared objective truths.

Baron Cohen talks about freedom of speech not being equal to freedom of reach. The reality is that social content typically reaches 1% of followers. The exception is if the content becomes popular with that 1%. It is not algorithms on their own.

He also talks about regulating platforms in a more similar way to newspapers or TV stations. In truth social media is closer to public access television in the US around about the time of the 1984 Cable Communications Act. All be it, with advertising and reach that CNN could only dream of.

Slowing down the posting of content, Baron Cohen talks of this as a possible solution. It will certainly remove some of the heat. It’s not certain if he wants this to included a review of every post prior to publication. If so, that will require a lot of people to augment a lot of machine learning.

If a service becomes less agile, it would also leave the space open for new services to pop up – creating Mark Zuckerberg’s worst nightmare. Chinese companies stealing his market share and money that should go into Facebook’s coffers.

Let’s talk about shared truths for a bit. We can all agree on scientific truths such as the earth going around the sun, Newtonian physics and even quantum physics. Things start to come apart when one considers real world events. The Chinese will have a very different view to people in the west.

Imagine for a moment if China through the Hong Kong government could deprive the pro-democracy protestors of their ability to organise online? The Chinese government narrative would be something along the lines of:

Or what happens to Russian opposition leader Alexei Navalny when he was recently interviewed by the Financial Times. Then there is the issue of what nation states do to each other

…the Kremlin’s success was less in manipulating the west than creating the perception it was able to do so. “You can spend $500,000 on Facebook ads and for several years the whole establishment of a huge western country will go nuts about interference, even though its real effect is risible. The investments are minimal but they give you front pages and power.

Alexei Navalny: ‘Why don’t they come and sit in jail with me?’ | Financial Times

Most of the world would probably beg to differ, but once we go down the road of regulation it will open up new problems and dilemmas. Regulation wouldn’t save the Rohinga from the counter insurgency (COIN) operations of the Myanmar government.

The problem needs to start with people. We’re at our technologically most advanced and yet we seem to be living in the dark ages. A secondary issue might be the technological devices that we use to access the internet. Baron Cohen talks about the need to slow down the posting of content. This would be to reduce the frenzy of views and instant venting of pure emotion.

Part of that is down to the platforms, but part of it might be device design. I have been giving some thought to that last point. More in it another time.