The estimated reading time for this post is 259 seconds 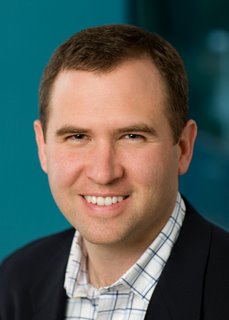 Peanut Buttergate broke over the past few days. It is also better known as the Peanut Butter memorandum. What is it and why should you care? In the post below I write about it from my viewpoint as a former Yahoo! employee in the European marketing team focused on search. I am familiar with the business units and the personalities involved.

Who is Brad Garlinghouse?

Brad Garlinghouse is a natural and compelling presenter. I had seen him speak in internal presentations about Yahoo!’s communications and messenger products. Garlinghouse has written a four-page memorandum looking for internal change at Yahoo! which maps out a possible future direction for the firm.

Brad Garlinghouse makes some very pertinent points in his now famous peanut butter memo about Yahoo!, but ultimately shows a more selfish agenda than ‘saving’ the company he loves.You can read the full memo here, but I have just pulled some of the key items out to provide a European perspective on some of the points that he made. YMG = Yahoo! Media Group – the team that Garlinghouse led at the time.

Garlinghouse was frustrated with what he saw as competing products and approaches:

• Flickr vs. Photos: To say that Photos competes with Flickr is ridiculous Yahoo! Photos was tired, boring and a pretty shoddy product

• Messenger and plug-ins vs. sidebar and widgets

Part of the reason for this was a complex silo’ed matrix structure and an the result of an organisation struggling to fight a talent and ideas war against very strong adveraries like Google and Microsoft.

Some of the Yahoo! products should have been killed off, whilst other duplications occurred because internal products like 360, Messenger and MyWeb sucked at crucial iterations in their product life.

In addition, Yahoo!, particularly Music and the Comms & Community BU which Garlinghouse runs has a poor record of building products fit for early adopters like Music properties that aren’t Mac-compatiable, the new Yahoo! Mail which doesn’t work on Safari and a Messenger client which was much poorer than open source equivalents like Adium X making it hard to build a buzz that will trickle down to mainstream users.

Develop a focus on the vision

Absolutely, and drive this down into reinvigorating the brand for the 21st century. In the US, Yahoo! has a brand that resonates with consumers, but in Europe the Yahoo! brand doesn’t stand for anything. Whilst my former boss Georga could recite the values of the brand and we all had purple folders highlighting what they were, this hadn’t changed in consumer perceptions. Focus on the vision is the first part of making that work.

Restore accountability and clarity of ownership

Two things are needed here – measurements that ensure long-term thinking rather than stort-term performance peaks and selling the future. The right people in the right roles to fulfil this. In Europe, this means going from from the top down.

Redesign performance and incentive schemes: This is only any good if it is tied into the right measurements and I don’t think that Garlinghouse has got these measures right.

This paragraph I found particularly interesting, yet has got the least publicity is ‘Align a set of new BU’s so that they are not competing against each other. Search focuses on search. Social media aligns with community and communications. No competing owners for Video, Photos, etc. And Front Page becomes Switzerland. This will be a delicate exercise — decentralization can create inefficiencies, but I believe we can find the right balance.’

Garlinghouse is basically going for a power play here.

Social media has been alligned to search because that’s where a lot of the smart people who get it are: community and communications from a product and technology perspective don’t get it.

Search has embraced social media because the algorithimic war is one of attrition whereas social media offers a breakout situation. A more radical and business savvy play would be to adopt Google search again and augment it with social media.

Garlinghouse blew it at that paragraph, its not about doing the best for the company, its about building his empire in the face of worthy opponents like Jeff Weiner who heads-up Search.

It would make more sense to put Communications mail product and all the communities products into Search alongside desktop search.

Finally being a marketing person I was horrified to see such a high profile marketing gaff ‘I love Yahoo! I’m proud to admit that I bleed purple and yellow.’ Yellow has not been an official corporate colour for over a year, somebody please give him a brand guide folder. More Yahoo! related content here.