Just over 11 years ago I watched a talk on the mobile industry by Charles Dunstone of Carphone Warehouse at the LSE. 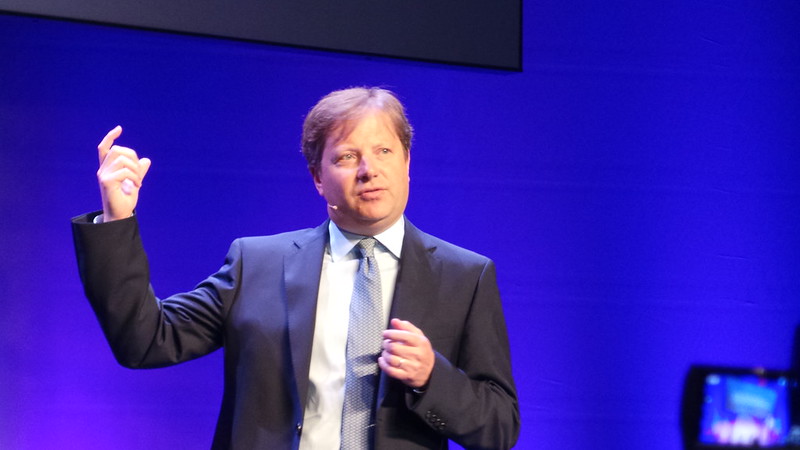 I came across the post by accident the other evening and wondered how well Dunstone’s view held up over the past decade or so.

On VoIP (voice over Internet Protocol)…

I think that the difference between Europe (particularly the UK) and the US is that VoIP will be very big in businesses, in residential homes you can’t have broadband without having an exchange line: that’s the way the regulator has decided it wanted to make sure that BT can make a living. If you’ve got broadband, if if you don’t want it, if you pick your phone up you’re going to get a dial tone that you can make a phone call from. Once you’ve got broadband unbundling, once you’ve got a connection from the exchange to the home it doesn’t cost you anything to connect a call whether its over broadband or you pick the normal phone up.

So suddenly a normal phone has the exact same economics as Skype, so I think what will happen, what you will see people like us do is offer VoIP-priced services on your normal phone at home without you having to put a headset in your PC or mess around and do all that kind of stuff. There are some people who will find reasons to do it and things that they want to do within it. The majority of people with a fixed-line are people with a family, over 30 years old, 50 per cent of it is there home alarm and ring people, 50 per cent of it is that they want to be able to ring the fire brigade if the house catches fire in the middle of the night. You won’t get them to use their mobile or use VoIP as they want to sit by their bed, get a dial tone and dial 999.

So I think in residential its not going to have a massive impact, in businesses its a different thing, with VoIP you can have multiple lines over one exchange line and that’s going to completely revolutionise business telephony.

Vonage is already more expensive than we are for your phone service and we’re not even using an unbundled broadband line on it. The economic difference is very different here than it is in the US.

Dunstone clearly didn’t have an idea about rise of wi-fi and devices using Skype as a client, though he clearly saw the business case of Skype for business. This made sense as by the late 1990s UK call centres were using VoIP complete with integration with customer records. Just under just over a year later 3 launched its dedicated Skype handset and Skype became available on the Symbian mobile operating system for download. There was resistance to OTT VoIP from T-Mobile in particular.

Now FaceTime, Skype, WeChat voice-and-video and Google Hangouts are ubiquitous. The voice call has been replaced by visual and text messaging on OTT services similar to the instant messaging clients of yore.

On where mobile phones are going…

I don’t have a clue where things will be in ten years. A few predictions on mobile phones, it is a unique device because the last 15 years have changed the world, more than it had changed for 500 years before that. 15 years ago, no one left their home without their money and their keys, now no one leaves home without their keys money and mobile phone and its taken a part in peoples lives that no other product has for hundreds and hundreds of years.

That relationship is so powerful that if a producer wants to gets content to you, they can guarantee it if they can get it to a mobile phone, so that’s why we see cameras, now everyone carries a camera and a mobile phone. Soon everyone will be an iPod and a camera and they’ll keep getting better and better. By next Christmas you’ll be able to buy cameras with flashes, zoom all this kind of stuff. I think that video is going on mobile phones, I think that payment is coming, payment systems is coming onto them and Carphone Warehouse is the largest retailer of digital cameras in the UK by accident. We didn’t mean to sell one of them, they just come in the products that we sell as standard and its just that everyone else’s business is morphing into ours because of the unique relationship the product has.

My final prediction on phones on the next year to two is that fashion is about to become a big thing in phones, at the moment they are driven by technology. We had an extraordinary experience this Christmas with a pink V3 we brought out. We’ve done some analysis that absolutely blew us a way, you’re starting to see the manufacturers talk to the big brands about putting things into phones and people spend stupid money on pens and watches and shoes and clothes. I think that all that madness is also going to end up in mobile phones as its such a public personal accessory.

Dunstone smartly limited his predictions to the next few years rather than looking forward a decade and his view of the camera as a key function driving purchase is still proved right. At the moment the intra-Android handset feature battle on premium handsets is fought on camera technology. Huawei and its Leica partnership, LG and Samsung with their respective double cameras and Sony with their powerful sensors.

The iPhone 7 is also sold in a similar way as Apple’s Shot on an iPhone marketing campaign shows.

Dunstone also saw the smartphone as a media device and for many years  content has been side loaded on to phones. Sony Ericsson had launched the Walkman-branded W800 the previous year. As SD card capacity increased, it wasn’t too much of a leap to assume that the mobile phone could replace lower end flash memory MP3 devices.

Nokia would be launching its multimedia focused N-series phones just a month after this talk. I remember seeing Christian Lindholm in the lift at Yahoo! with a Nokia N93. The phone looked like a chimera between a flip phone and camcorder.

Ten years later and video recording and editing technology is available across both Android and iOS handsets. One of the last projects I was involved in at Yahoo! was co-launching the N73 with Nokia which featured the Flickr photo app on the phone as standard. 11 years later and my iPhone still has flickr on it.

Dunstone believed that the phone would become a fashion item. At the time LG had partnered with Prada.  Vertu had been established seven years previously by Nokia. Today premium handsets have established themselves as as fashion items. TAG Heuer has experimented with its own smartphone, Porsche Design worked with BlackBerry.

On the flip side smartphones have become commoditised; Android manufacturers have seen their margins hollowed out. Huawei made a big push into the premium space with its P series phones yet sees declining handset prices as the medium tier handset segment eats into premium sector sales.

Dunstone’s predictions about mobile payments were too optimistic. There were various technology options explored by mobile carriers. Handset mobile payments did take-off in Japan. SMS based payments took off in East Africa. Smartphone hosted wallets have developed slowly however. Card payments are still pre-eminent in the western world at the moment.

I’ve basically got two types of competition: people like Phones4U and The Link who are trying to do what we do and we just get up early and try and do it better and try and beat them up every day. And we have a team, we meet at 8 am every single morning and look at everybody else’s prices and reprice based on what happened that day its that brutal. We fight, fight, fight.

My other competition is the network stores which is a combination of wanting to have some direct impact with customers and a certain amount of vanity about wanting their brand on the hight street. They don’t compete with us in terms of the volumes of sales that they do, as the market gets more fragmented I think that its less likely that the customer is going to say I just want to go and see the world according to Orange today, rather than even going to one of my normal competitors. In reality it will be let me go and compare Orange with everybody. I think that its going to change but there’s not a very strong economic rationale for them in the first place.

Dunstone didn’t seem to realise how precarious the independent mobile phone shop was as a business. Network shops are now showrooms and service centres for when things go wrong as consumers go to the web. Carphone Warehouse adapted by becoming a triple play carrier in its own right as well as selling other networks mobile plans. Dunstone’s peer John Caudwell had the good sense / luck to sell Phones4U on to private equity providers just six months after this interview.

The mobile carriers didn’t have it a lot easier; O2 was spun out of BT in 2002 and bought by Telefonica of Spain just prior to this interview. T-Mobile and Orange merged their UK operations to form EE. EE was then acquired by BT, some 12 years after BT had spun out O2. 3UK has made an unsuccessful bid for O2, the UK competition authority shut the bid down.

On the transition of phones to computers…

Absolutely they’re changing into computers, they start to have bugs, they start to have all kinds of usability issues. Our job is very simple and I think the worst thing that could have happened for me is that there could have been one mobile phone network and one really simple phone and the people understand it so that they did not need anyone to help them set it up and work out which one to buy. So we absolutely love complex markets as this gives us something to offer and something to do we have to keep changing. I just watch in delight as Microsoft come into the marketplace because that’s not going to work is it? Its going to have lots of bugs and crash and do all these sorts of things that needs tons of support. Lots of competing systems Symbian and others, so its another level of complexity alongside all the complexity of the operators, all the complexity of the tarrifs – Bring it on.

Dunstone realised that smartphones would bring complexity to the mobile phone industry. He seemed to think it would be closer to the PC industry in terms of complexity. He saw what I suspect was a different opportunity in that – particularly building client relationships. In retrospect, he underestimated this disruption.