The estimated reading time for this post is 421 seconds

I recommend that readers check out Richard’s PR is at a Crossroads post. Edelman cites changes at PR agencies owned by marketing conglomerates as indicators. He thinks this due to a lack of confidence in the PR industry. There may be some truth in it; 2016 had the lowest annual growth in seven years for Edelman. As PR is at a crossroads, on the cusp of transformation? No, it is already being transformed. 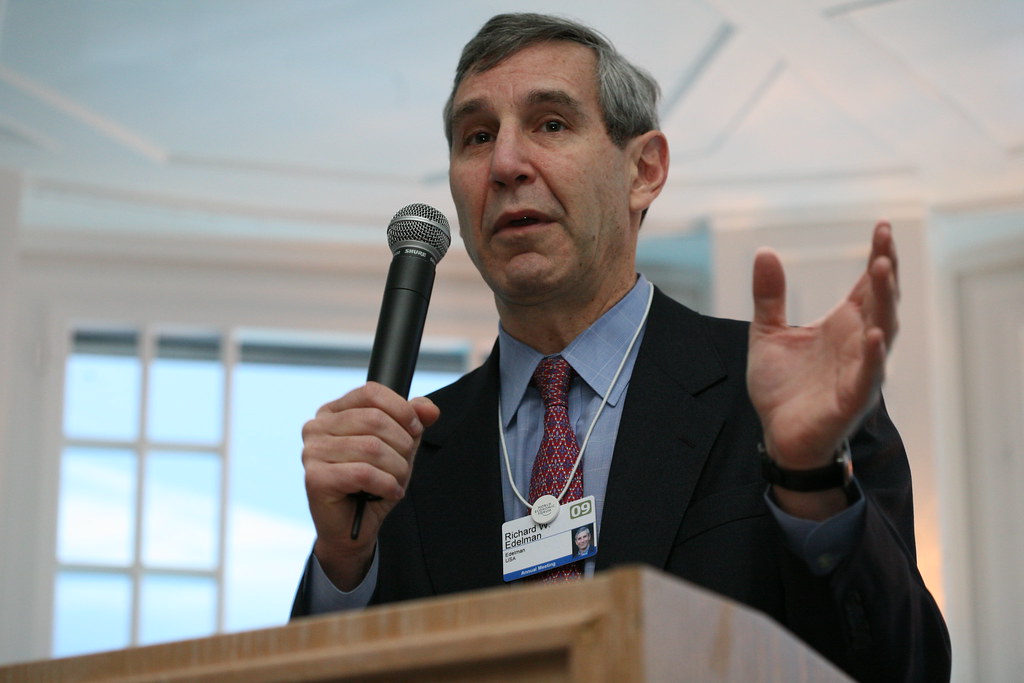 Public relations has already crossed the Rubicon. The Rubicon crossing happened years ago. Richard noticed the signs back in April 2011:

…as PR continues to expand, encompassing digital, research, media planning and content creation, should we consider rebranding ourselves as communications firms?

At the time the question was prompted from London colleagues. Richard disagreed with the premise.

By 2012 Edelman was in the AdAge Agency A-list in the US. In March 2015, Edelman’s boiler plate changed from:

Edelman hasn’t been a PR agency for the past 2-5 years. The transformation in the industry has been going on for at least a decade.

Why this has happened is down to six factors:

Lets break things down a bit, some bits of PR are about the corporate parts of a company.
Corporate PR covers a large area including:

Some corporate and social responsibility actitivities could fall under PR. When we’re talking about who is responsible for organisation moral purpose /meaning. This should come from the CEO down.

Thinking about marketing communications the situation changes a lot. It depends on the sector and the audience that you are communicating to. For consumer marketing; the role that PR plays as part is a subordinated part with the marketing mix. Byron Sharp’s works How Brands Grow (parts 1&2) outline PR’s small, but intricate role with clarity.

For mature consumer brands, engagement (and by extension PR) is less important. Instead the focus would be on efficient reach and frequency of repetition. Being top of mind is more important. The only way for marketing communications-orientated PR teams to grow their billings is service expansion.

Many business-to-business marketers are using content marketing as a key channel. The content shaped by analysis from marketing automation software.

In marketing automation, strategy is outsourced. Rules embedded in the software platform dictate approach. PR becomes a source of content to feed the machine. The idea is to determine an effective approach. Then optimise to reduce the price of engagement over time. I could write a blog post or two about the problems with this approach, but it is tangental to PR. Content creation is an opportunity for PRs, all be it one with perpetually squeezed margins.

In B2C marketing there are large research projects on what works. These include Ehrenberg-Bass Institute and the IPA. In marketing mature consumer brands, we know that reach, frequency and recency matters. Engagement is less important. Public relations then becomes an afterthought at best. Taking an integrated media planning led approach makes sense.

There isn’t a comparable set of research for the PR industry like IPA or Ehrenberg-Bass. Outside the US public relations generally doesn’t have budgets for tools and data. Clients tend to be more action-orientated. Media agencies tend to have the best insights – which aids planning and creative.

The benefits of an integrated advertising-led approach goes back decades. Edelman cites Y&R’s ‘whole egg’ concept. Dentsu’s ‘Cross Switch Marketing’ is similar with roots going back to the 1960s. The PR industry mistook integrated thinking for a primitive view of PR practice. The reality lies somewhere between communications myopia and macro marketing thinking.

From a CMO perspective

For most specialists working in a PR agency can be thankless task:

If you have capability built up in the ad agency, creative shop or media agency; use it. Publicis, WPP and Interpublic have deep expertise they can draw on. Publicis talks about this as ‘The Power of One’. It is much easier than recruiting more technical, creative and planning talent into a PR shop.

By comparison creative represents a big budget bump for your PR agency. That causes the client to pause and think. The expansion of advertising has wiped out the crossroads; so PR isn’t at a crossroads anymore.

As advertising has changed so has the media landscape. The online environment is shaping out with two winners around the world. The pattern of online advertsing spend is clear. Everywhere outside China online advertising is static; only Facebook and Google see increases. In China, is is Tencent due to WeChat that wins. Sina benefits from Weibo. Baidu would have been an obvious winner due to it being a Google analogue. Instead Baidu’s earnings have been static.

This decline in media fortunes adversely affects editorial space. This impacts the efficiency of media relations. By some accounts in the UK there are now 3 PR people for every journalist. PR agencies have needed to expand beyond media relations. This means trying to get more involved in owned and paid media. The challenge is that advertising agencies are also in that space – extending their storytelling. In the case of the media landscape, PR isn’t at a crossroads because the crossroads no longer exists it has become a singularity at the centre of the media sector

More information
PR not communications | 6am blog – yeah I called bullshit on this one. I could afford to be right; Richard had a global family business to defend
Whole Egg Theory Finally Fits The Bill For Y&R Clients: Global Agency Network Of The Year: Team Space System A Winner For Citibank, Others Set To Follow | AdvertisingAge
The Dentsu Way

– a great book, right up there with Ogilvy on Advertising in my estimation