The estimated reading time for this post is 102 seconds

Now and again Apple makes some odd diversions in direction and focus. One of these was the Apple iPod HiFi. The best way to describe it is imagine of Dieter Rams had made over one of Panasonic’s old RX DT75 with the motorised ‘cobra’ top. Which is why it made my blog as a throwback gadget.

It will take a stack of D-cells like a traditional boom box. The speaker arrangement and handle on each end reminded me of iconic 80s boombox the Hitachi TRK 3D8 portable stereo. Holding it reminds me of lugging one of those round in the back of my first car on long trips, because my car didn’t have a radio or cassette deck, let alone a CD player. 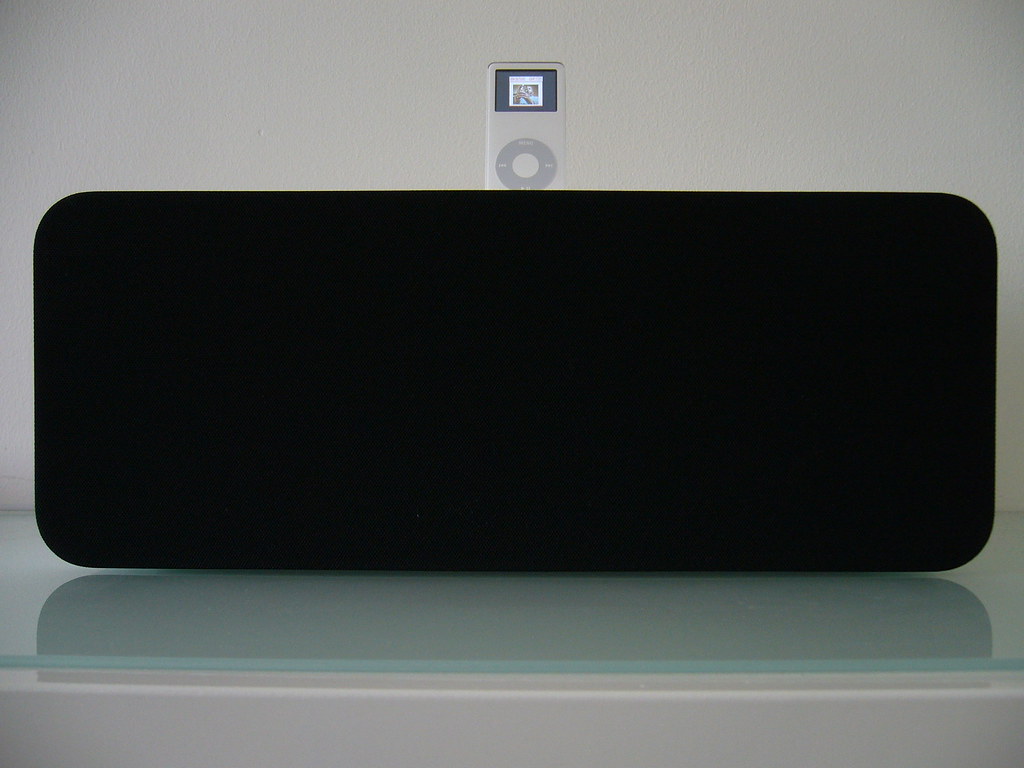 The HiFi as in high-fidelity in the name Apple iPod HiFi is a bit of a misnomer, but it does a very good job on the electronica that I tend to listen to at home. It’s sound isn’t coloured per se, but it does a better job of some genres than others.

If you like a string quartet playing classical music, it probably isn’t the device for you. But then neither would a Bose Wave either, which would be the obvious competition.

As with most Apple products there were design details all over the box. It sits on a rubber pad that covers most of the box length with iPod written in the middle, despite the fact very few people will ever see it.

Many people decried the Apple iPod HiFi for its lack of features, but it was designed as an appendage to the iPod rather than a device in its own right. I use the line in on it to act as an occasional sound bar to the television which it does an adequate job of. Apple discontinued it just over a year after it was launched and now they can found occasionally on eBay. More gadget related content here.