The estimated reading time for this post is 90 seconds

Like many people who have bought a new Apple laptop recently. The move to USB-C / Thunderbolt 3 has been extremely disruptive. I spent a fortune on new accessories. One thing I wasn’t prepared to do was throw away my Belkin hubs and Apple Cinema monitors. I tried Apple’s own Thunderbolt 2 – Thunderbolt 3 adapter; and it worked inconsistently. One day I would switch on my computer and the monitor or hub wouldn’t work. For apparent no reason, on a seemingly random basis. 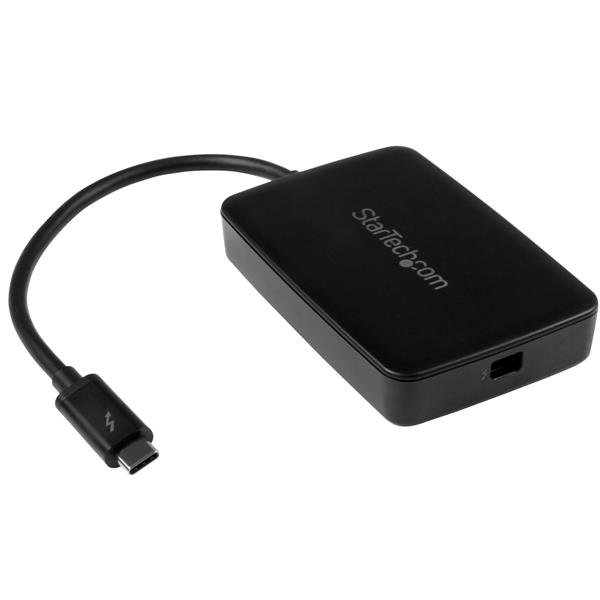 StarTech are a Canadian company who have been involved in unsexy, but necessary parts of the technology and video industry. Their focus is purely on interconnectivity of different video display standards. Whilst they aren’t a well known brand like Logitech or Belkin, there are probably some of their products used by your office sys.admin. They used to make a well respected Thunderbolt 2 hub, that didn’t seem to ship to the UK. So in desperation I decided to give their adaptors a chance.

Let’s get the negative aspects about them out of the way first. They are bulky, with the electronics coming in a case about the size of a stack of playing cards, rather than a small pack of chewing gum like Apple’s own convertors. They’re in a shade of dark grey only a sys.admin could love.

But once you get over these cosmetic issues you get a product that just works. It is ironic that I had to go to a non-Apple supplier to get this most Apple of attributes. I can wholeheartedly recommend these convertors.

More on my trials and tribulations with USB-C / Thunderbolt 3 here.