The Sony Walkman WM-D6C Pro had a central part in music culture. By the time I was in sixth form many of my friends who were into their rock music used to order bootleg concert recordings from mail order outlets like Adrian’s Records.

The quality of the later bootlegs were noticeably better as it was easy to connect an affordable portable high-quality recording source up to the concert mixing desk or use a good microphone for a field recording. In fact, whilst some bands, notably The Grateful Dead, built a following using bootlegged concert tapes as a marketing tool; the record industry viewed it with a horror comparable to bit torrent today. 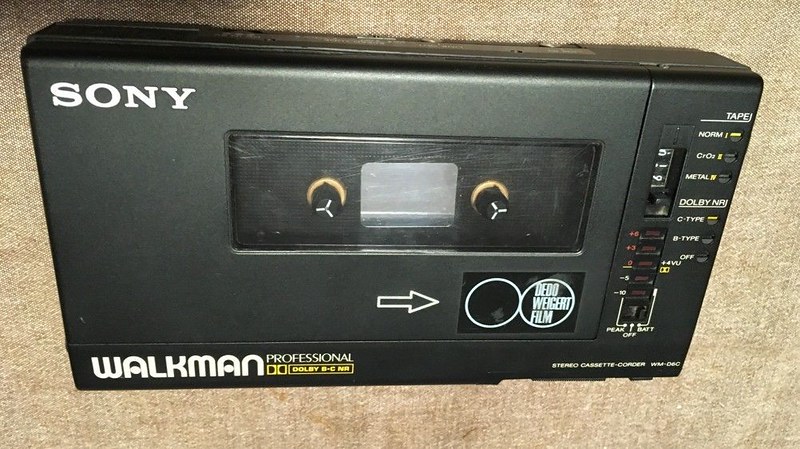 If there was one device responsible for improving the quality of these recordings it was the Sony Walkman WM-D6C Pro, then often known as the Pro-Walkman. Michelle Shocked, a folk artist beloved by the likes of Q Magazine, sprang into the spotlight with an album called The Texas Campfire Sessions (which was originally a bootleg or ‘field recording’ released by an English producer) recorded on a WM-D6C and Henry Rollins used one to record many of his spoken word recordings. In reality Sony had built a number of professional grade cassette recording devices, but this was the most useful. So it was inevitable that I would write about this throwback gadget.

Why was it so great? It’s a Sony stood for unsurpassed quality in consumer electronics in the minds of many consumers because Sony’s industrial design, manufacturing prowess and quality were second-to-none (though in truth, the cracks had already started to show by the mid-1980s with some cheaper products being exceptionally cheap and nasty). And regardless of my current ambivalence towards the Sony brand and what happens to Sony in the future; both the Sony logo script and the ‘It’s a Sony dotted logo’ have to be two of the most iconic pieces of graphic design for me. More Sony related posts here.