It has become a tradition that my friend Simon and I meet up to catch Dreadzone on their annual tour last Friday. Simon had come in from Saudi Arabia so its a pretty big deal for us. This was the first time I had been to a gig at Under The Bridge. The space is a purpose-built live venue under the stadium where Chelsea play. 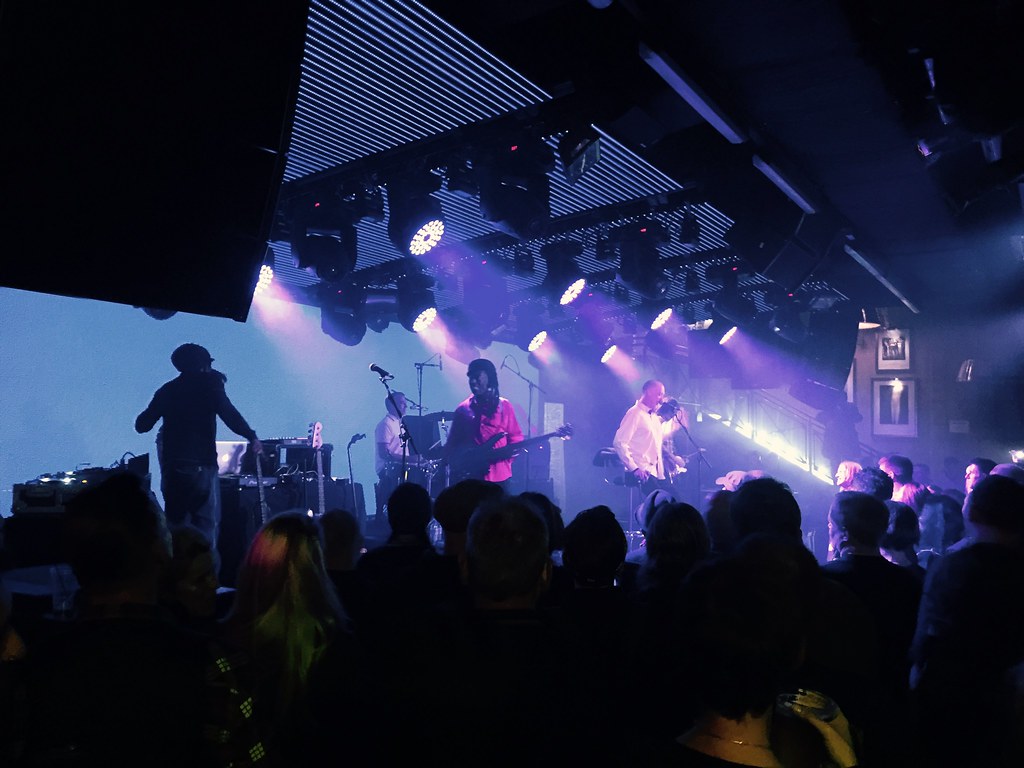 It is the most comfortable venue that I have been to. Molton Brown products in the toilet, spotless facilities, comfortable seats and a stand-up area in front of the stage. There are screens all around the venue to allow you to follow the gig and a great sound system.

Dreadzone put on a great gig, lower energy then previous gigs I had seen them at, but still a great performance. The location of the venue brought out a really mixed audience. Friends and family of the band, long-time Dreadzone fans, middle class professionals with fading celtic tattoos, elderly punks and older mods. I suspect that there were some locals as well, nice young things who looked rah.

The gig seemed to be supporting the reissue of Dreadzone’s album Sound, which is due to be repressed on vinyl. It is interesting that Sound isn’t snared up with a record label. I presume that the band own the masters and are consequently in control of their own releases. Sound was released in 2001, six years after their breakthrough album Second Light. It is designed more as a record to be taken as its whole, rather than a series of more accessible songs. Different genres flow through the album and it works as a live playlist. Although they did make sure to put in some crowd pleasers as well. More events here.