The estimated reading time for this post is 248 seconds

The tenth anniversary commemoration of the July 7th bombings across London caused me to reflect on my memories of the day.

Unlike a lot of London, I was non-plussed about the winning Olympic bid as I had a keen idea of the kind of disruption it would bring to my part of London. The events that happened on July 7, rolled out in a more gradual way for me, so there wasn’t a moment etched in my memory in the same way as I had watching the TV footage of the airplanes hitting the World Trade Center towers. My memory is less distinct. July 7, 2005 started just like most other summer week days for me at the time. 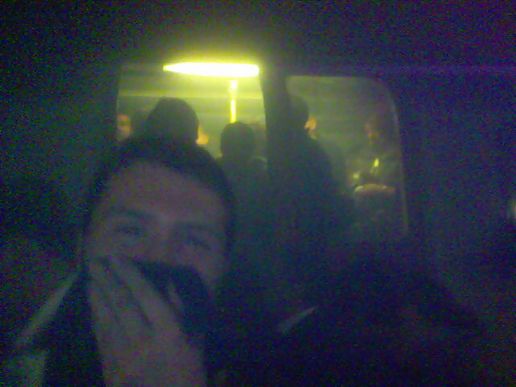 I was working as part of the European marketing team at Yahoo! based out of 125 Shaftesbury Avenue, I had been working there for a few months. My journey to work on the central line was the usual experience of arriving to the office as a hot and sweaty mess due to the overcrowded trains. I wasn’t aware of the tube bombing that happened roughly about the time that I had travelled in.

It was before 10am when I wandered into the legal department who where in the north east corner of our building on Shaftesbury Avenue. I was trying to get a rush on a press release approval. We were high enough up that it offered a good view over central London north of Oxford Street. Whilst chatting to Liyen McCoy, both of us  heard a crack that sounded to me like exhaust backfiring on a car. Liyen mentioned that she hoped it wasn’t a bomb, I didn’t think it was at the time. In retrospect, it could have been just a coincidence, or it was the sound of the bomb going off on the bus as it passed through Tavistock Square in Bloomsbury.

I went back to my desk and word started to come through from via the internal grapevine from engineering, through the editorial staff and on to the marketing team. Something was up as the first pictures started to hit flickr and attract a surge in viewer numbers. It was pretty soon after this that I noticed that the cell phone network had gone down, I was on Orange (now EE) at the time; soon other colleagues on Vodafone and O2 noticed similar drop in network access. Soon after that email stopped working properly.

A little later, word came back into our corner of the office that the editioral team where taking the Yahoo! UK home page offline. They were going to strip the adverts off the page (partly because it wouldn’t be great to brand adverts positioned against news of this nature, and partly to reduce the strain we were seeing on our servers due to the web traffic coming in). The home page would be hard coded in HTML using Dreamweaver and updated manually.

This gave the UK readers a fighting chance of getting up to date news, meanwhile I struggled to get any web page at all over the office network as web access degenerated into a series of blank browser screens.  My desk phone couldn’t dial out, in fact the only thing that did seem to work was Yahoo! messenger. Rumours started to swirl around the the government had somehow locked down all the networks near the bomb sites, but the fact that messenger worked indicated to me that it was just too much traffic. Eventually I managed to contact Jonathan Hopkins who was the account manager on the Yahoo! account at Bite back then. I found out from him that all his colleagues were accounted for and safe.

There was concerns that there maybe other blasts and I can’t remember going out for lunch as we were all advised to stay in the building.  Eventually we were allowed home and I walked the six miles back to Bow. I didn’t know my way, my smartphone at the time was a Palm Treo 650 which worked off GPRS, or if you were really lucky EDGE, not that would have made a difference. I didn’t have cell reception to look up maps online. Even if I had got access to online maps, the Treo 650 didn’t have a built in GPS unit, that didn’t come along until Nokia launched the N95 18 months later.

I remember I followed the crowds heading east and kept on going as their numbers started to thin. Occasionally I rooted around in my bag for my dog-eared spiral bound A-to-Z atlas of London to make sure I was going the right way by checking road names against the map. Eventually I managed to find my way to Stepney Green tube station and from there it was plain sailing. As I got near home I managed to text my parents to let them know I was alright. More London themed posts here.