What does the future hold for influencer marketing was an event organised by PR Week that I got to attend last week.  Below are some of the thoughts and key points that came out of the event.

The Competition and Markets Authority

They are responsible for enforcing The Consumer Protection from Unfair Trading Act (2008) (paywall) which governs transparency and claims across all marketing including social media influence campaigns.

In terms of jurisdiction they have a reciprocal relationship with the FTC to enforce the law on campaigns that are being run out of the US that would affect the UK and vice versa. Geography can no longer be considered a defence.

In terms of compliance, there is an emphasis on brands needing to monitor influencer campaigns and enforce disclosure. The legal responsibility falls equally across brands, agencies and influencers. All three are obliged to go through content and retroactively apply the act if the content is likely to be resurfaced in the future. So you are less like to have to alter tweets and Facebook posts than say YouTube videos and blog posts.

In general they felt that brands (and their agencies) were too naive and trusting with regards influencers.

False and misleading claims at the corporate brand level (a hypothetical example would be gold mine claiming its a green sustainable company) aren’t something that they would deal with, but they acknowledged that this kind of incident would likely breach the law.

At the moment the Competition and Markets Authority is considering the role of platforms as agents of influence, but isn’t looking at items like Amazon’s recent algorithmic change.

Unsurprisingly the Competitions and Markets Authority have no desire to get involved in regulating political campaigns on social. The whole area is radioactive. Whilst there would be societal benefit, it would call into question the independence of the civil service and a host legal / constitutional issues.

Judging by the reaction of the audience, more of them were up to speed and complying with GDPR than The Consumer Protection from Unfair Trading Act – not for profits seemed shocked to find out that they weren’t exempt

Tribe talked about how Logitech used Instagramers to create photos for their paid media campaign to drive direct sales.

Ad creative was lasting a week and a half on Facebook (Facebook & Instagram) before ‘ad fatigue’ set in. From my own personal experience, traditional creative lasted appreciably longer. Tribe didn’t indicate whether they had an opinion on the cause of this premature ad fatigue. Factors that might be responsible include context collapse (lower usage, with less time per session on the platform by consumers) that has been afflicted the Facebook platform for a few years

One of the perennial questions that is asked is where does PR stop and (digital) marketing teams start with regards social media influencers. Logitech’s approach was a common sense approach to this question. High follower number influencers were dealt with by the PR team just like members of the press or celebrities. Micro and nano influencers were co-opted by marketers as part of the process to drive sales. It makes sense, but it was the first time I had heard it broken down explicitly by a brand in public.

MSL research on the future of influencer marketing

They had wanted to explore both consumer and influencer attitudes to extrapolate insights; given the codependent nature of influencers on agencies and brands.

The research involved surveying 1,000 consumers and 100 influencers. So take the insights with a pinch of salt. The slides weren’t shared but I’ve reconstructed the data from photos I took at the event. 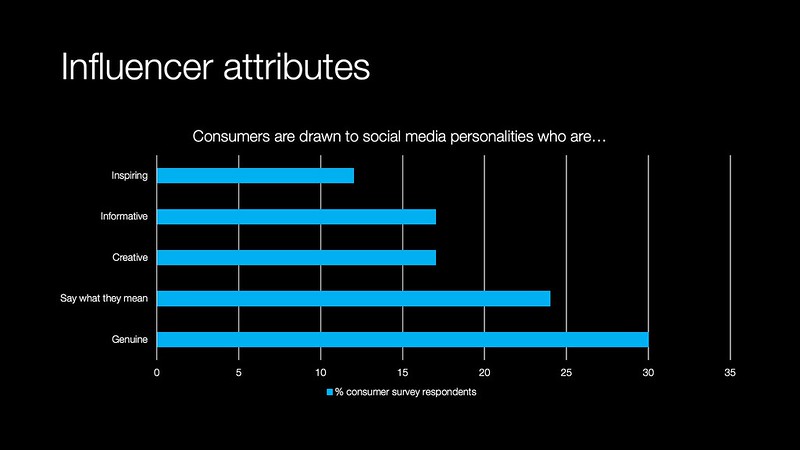 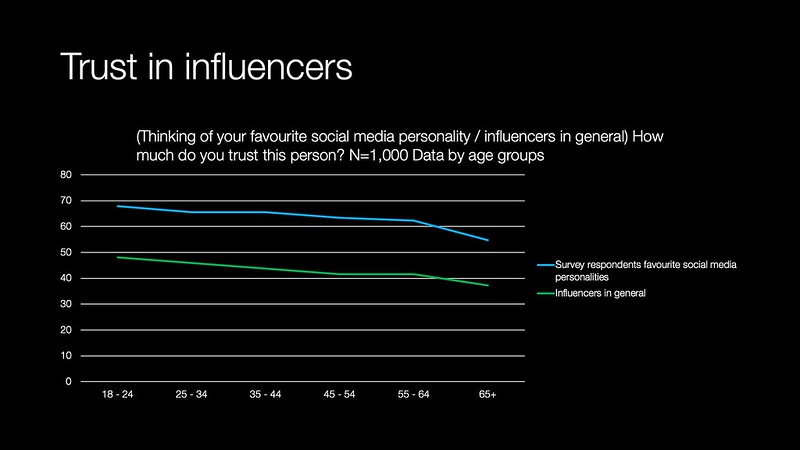 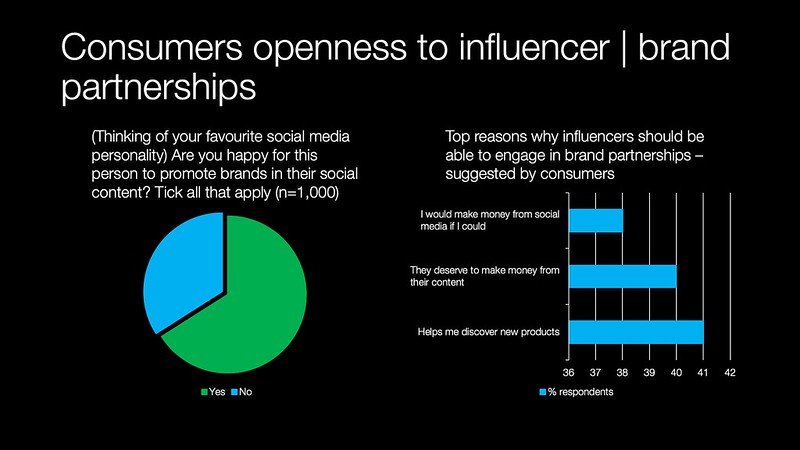 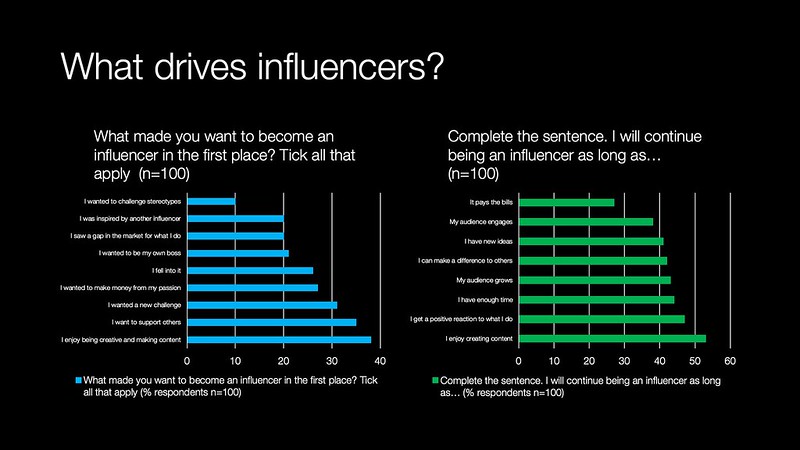 Influencers don’t like to be pigeonholed as influencers, according to consumers the title has become a dirty word

This conclusion is counter intuitive. The common wisdom is that:

Yet the influencers surveyed think that they are changing the world for the better. For instance some of them are dealing with fans who share their suicidal thoughts. But the label of ‘influencer’ was considered to have lost its currency.

Influencers that other influencers respect. People who have demonstrated resilience; they have gone through trials and tribulations and triumphed. Zoella and Lilly Singh were among the most popular cited.

Influencers feel that they are being treated like a channel and the process has got too transactional. Yet one of their key motivations to stay in their career as influencers is to pay the bills.

If you’d have ran this event ten years ago. The panel discussion would still have been very similar. Measurement was considered very immature, but then the panel bifurcated. Measurement is much easier when you are using advertising and tracking through to a purchase. The discussion got muddled as paid and non-paid measurement strategies were discussed side-by-side without differentiation or explanation.

Social agency Goat made an interesting disclosure. They’ve worked with about 100,000 influencers and found that the vast majority did not work in delivering sales. But there are no data or heuristics about which influencer is likely to work, or the reasons why?

What was missing in influencer marketing discussion?

The main item that I felt the discussion missed was the role of social platform algorithms in creating social bubbles and reducing campaign reach. OgilvyOne’s paper on considering life after the demise of organic reach doesn’t seem to have factored into PR agencies (publicly expressed) thinking some five years after it has been published.

Secondly, I was surprised at the lack of progress. Whilst the platforms have changed over the past ten years. The issues don’t seem to have altered at all for communications agencies. Whilst some agencies like Edelman (and 90TEN where I am currently working) realise that a blended PESO* media mix is required – there was a large faction of earned media only practitioners in attendance. Ten years later, advertising and creative agencies have learned many of the techniques that PR agencies considered to be their domain in order to improve ‘talkability’.

This is out of step with clients requirements for two reasons:

Brand marketing is in a resurgence after marketers had fetishised technology-based performance marketing for at least the last decade and a half. Influencer marketing may now be too important to be left to the the PR team…