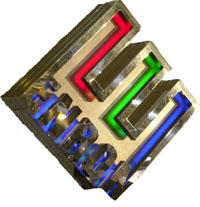 Totaltele.com had an interesting report from Dow Jones Newswire how Level3 the backbone network provider had been exhibiting Enronesque traits.

Level 3’s capital-intensive business model is questioned (subscription required) by Helen Draper highlights how Level3 is having to invest huge amounts of money to make just a little money back, hurting its working capital. This was one of the factors that encouraged all the creative accounting at Enron.

I have a bit of related history. Back in the day I was involved in launching Enron Broadband Services in Europe. The operation was a start-up with just three bright Americans who were sent over to kick things off. I got them sorted with their first UK mobile phones, which were prepaid devices on Orange.

My team was responsible for introducing them to the European telecoms media, the telecoms analyst community and key contacts at the major peering networks in London. I thew the most awkward party ever. A whole pile of UNIX and Cisco experts ate nouveau cuisine in a minimalist restaurant that required a cloak room assistant to help you find the exit door in the bathroom. My job at that time wasn’t made any easier by Level3. In a classic case of the Emperor’s new clothes or dot com hubris, Enron had a complex PowerPoint deck and a story that  didn’t make much sense. At the time Level3 was both a supplier of capacity to Enron Broadband Services and a determined critic.

It’s then CEO James Crowe was a vocal critic of the Enron Broadband Services business model according to journalists that I had spoken to. Which made my job so much harder.  Of course, some of Crowe’s criticism was justified and none of us really had an idea of how much of a mess Enron actually was. It is ironic to think that Level3 might be treading a similar path. More telecoms related content here.