If you work in the advertising or media sectors, the elephant in the room will be the problem ad blockers. Specially developed software designed to stop ad tracking and ad vending online. 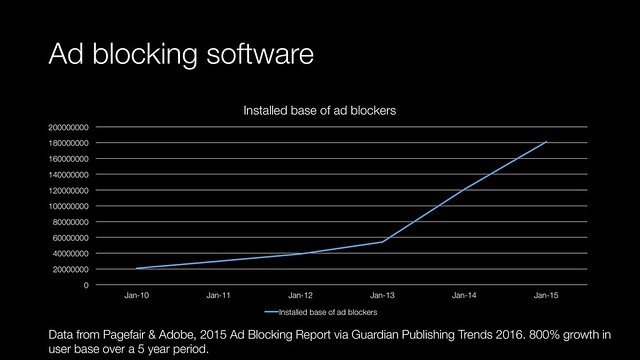 Over five years from 2010 to 2015 the installed base of ad blockers has increased eight-fold. The root problem is a that of a poor web experience. It is a well known heuristic since the late 1990s that page load time and the likelihood of a consumer to click away to another page have inverse relationship with each other. 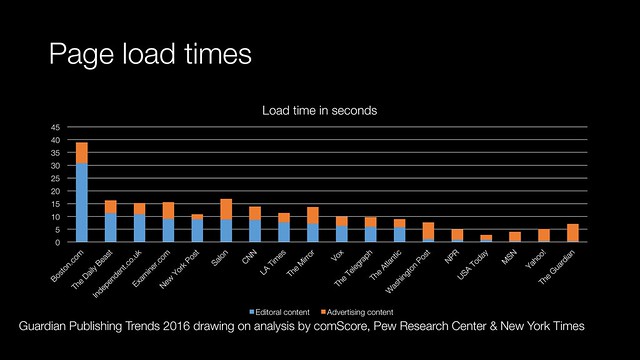 Can it be the ads themselves?

Display ads have been around almost as long as the commercial web.

Secondly, Google research found that 56.1 per cent of display ads vended in a trial were not viewable by the audience.

But that number is a problem for advertising customers as they want to get greater efficiency and effectiveness in their marketing campaigns.

Unilever’s CMO Keith Weed went on record last year demanding 100% viewability for digital advertising. In order to support this, there needs to be tracking technology deployed to monitor the advertising experience.

This is on top of tracking technology that is used to conduct retargeting and aid programmatic selling of advertising. All of this slows page load times as information is conveyed to a plethora tracking servers, which then controls which ads are served.

Retargeting is a tool that is particularly crudely used, audiences aren’t that impressed by brands stalking them throughout their online journey. More media related content can be found here.

IAB: 100% Viewability of Digital Ads Is ‘Not Yet Possible’ | Advertising Age
5 Factors of Display Visibility | Think With Google (US)
The Future of Viewability | 360i
CPM is dead: a guide to viewability in online advertising | Econsultancy GooglePlus account
Measuring Ad Viewability | Think With Google
Why viewability will become one of the key issues in digital advertising in 2016 | The Drum
State of Viewability Transaction 2015 | iab
Unilever’s Keith Weed: ‘Digital ads must be 100% viewable’ | Marketing Week
Ad Blockers and the Next Chapter of the Internet | HBR – retargeting blamed (hat tip Daniel Appelquist)