I’d read Joe Studwell’s How Asia Works over lunar new year so Asian Godfathers was an obvious follow-on. Studwell dealt directly with the reasons for East Asia’s economic growth and Southeast Asia’s failing to follow them. 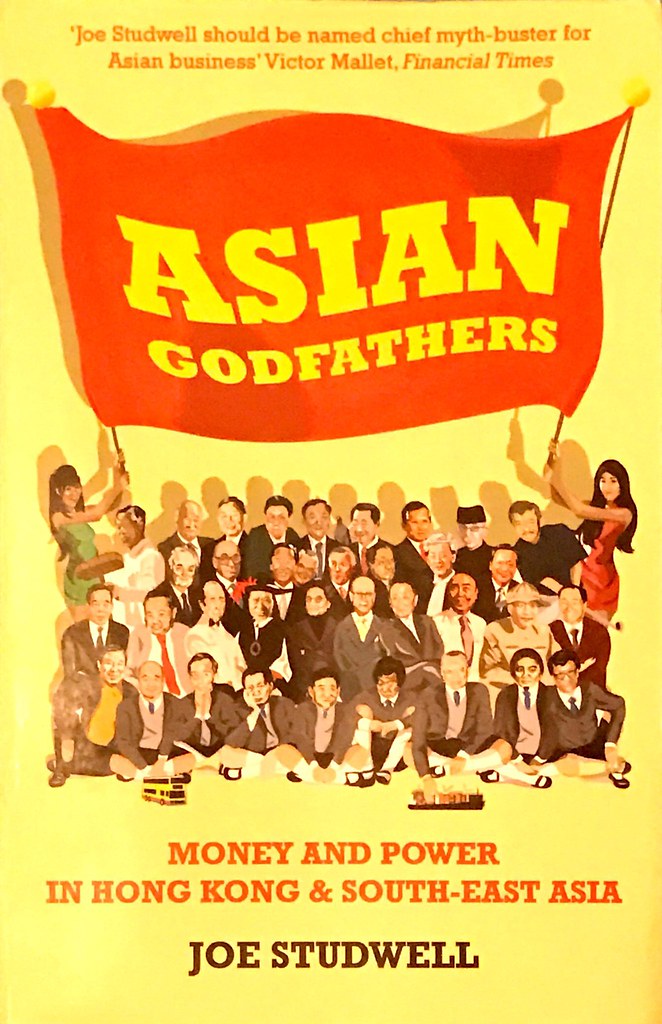 Studwell attached this same subject through through a different lens. Studwell looks at it through the lens of the business community in these different countries. In Asian Godfathers, he tells the story through Asia’s business tycoons. From the taipans of Hong Kong to Stanley Ho – the Macau gambling tycoon.

The Asian godfathers were generally cosmopolitan privileged people who where in the right place at the right time. Some of them had colourful origin stories as black marketers selling fake medicines and blockade runners. Mao’s China relied on business tycoons across Asia when the country had closed itself off from the world.

Studwell tells of an elderly tycoon who goes to sleep in a bedroom with no windows, such was his paranoia about revenge from the families of people who had been ‘treated’ with his black market antibiotics decades earlier.

This also explains the paranoia that Hong Kong’s tycoons had over politicised youth in Hong Kong  as well. These are the people who are most likely to kick back against their rent seeking businesses.

But these Asian Godfathers are just a side show in a wider panorama of political greed and incompetence across Southeast Asia. Asian Godfathers is more like Hotel Babylon than an economics analysis like How Asia Works, yet it delivers its message forcefully. More related content here.