The estimated reading time for this post is 171 seconds

Automata Eve launched the other week and I got to go along to their headquarters just off the Pentonville Road to find out more. 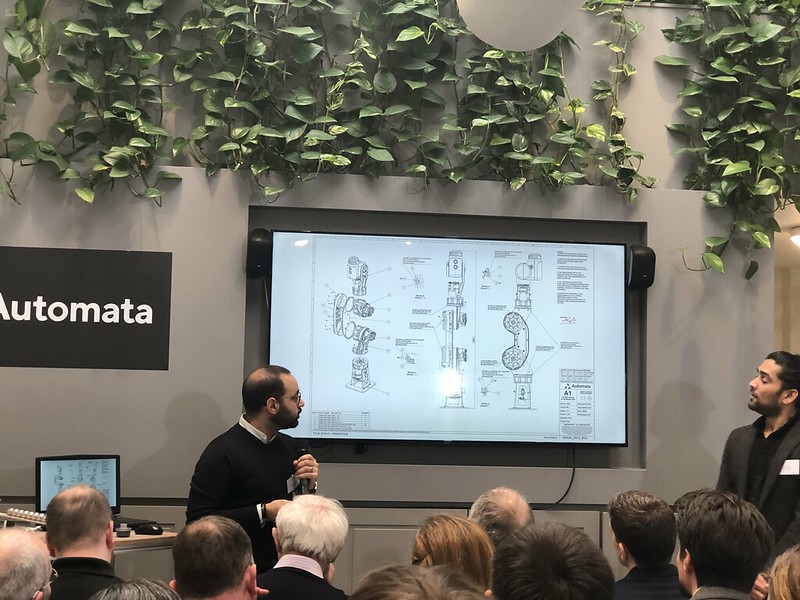 At £5,000, the Automata Eve sits at a weird place in robot manufacture. It’s an expensive hobby device or a lightweight industrial product. Automata freely admitted that they sit somewhere between the £1,500 hobbyist kits and starter industrial models that are £20,000+ excluding arm tools, programmable control units and everything else required.

Automata Eve human friendly product design reminded me a bit of early Apple Macs. Their very product design sophistication made them look like ‘toys’ in the eyes of IT departments. Automata’s Eve is an equally polished appliance as robot and it might take a bit more effort to have it taken seriously in light industrial roles.

Eve even has a lopsided Picasso-esque face with two buttons on the top of the arm in a vertical manner. 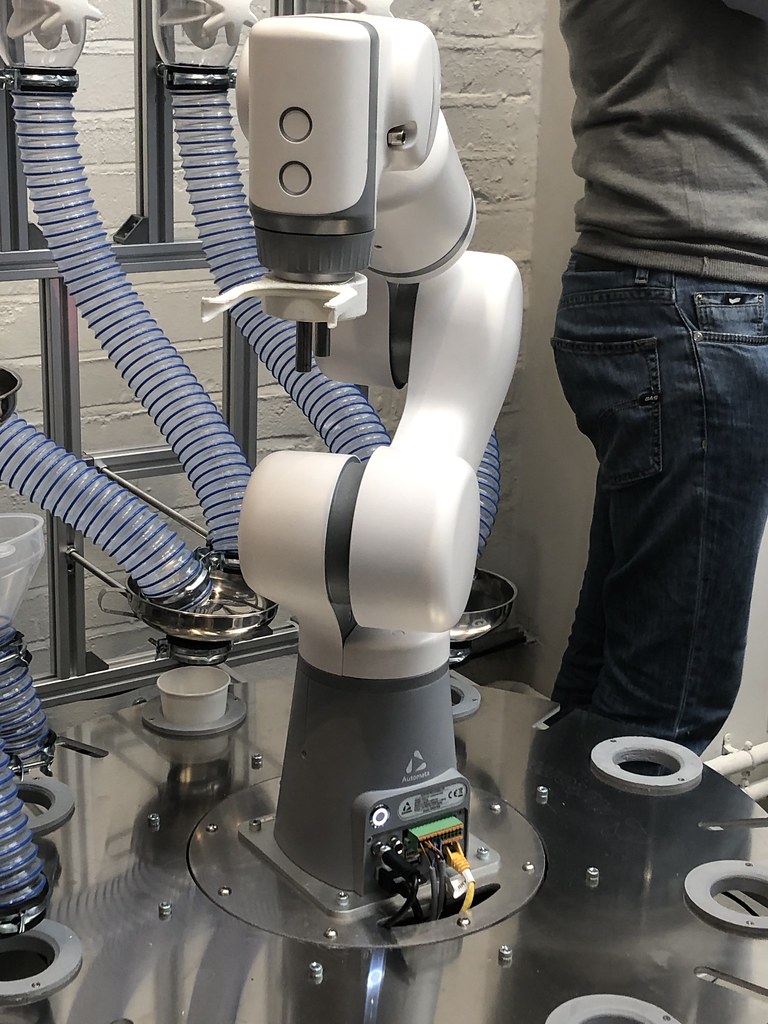 The shadow of Brexit

Brexit afflicted sectors such as food preparation seem to be some of the people who have started to explore using Automata and rivals already. The companies realise that it will hard to get further workers from the likes of Stoke on Trent or Sunderland working on sandwich production lines. Robots are part of their plans to replace labour who decide to leave the UK. Automata assemble their robots in the UK, but their supply chain partners are half way around the world in Asia.

Pain is the mother of invention

The founders story reminded me a lot of the way that machine learning projects have historically been sold into clients by creative, digital and advertising agencies.

They used to work for Zaha Hadid Architects and had used algorithmic design. This gave Hadid’s work abstract yet organic lines. So when they were looking to use a series of interlocking panels, they expected that these could be mass-made and bent by robotics.

A bit like strategy and client services teams in agencies they over-estimated the capability of technology; in their case industrial robotics.

That plan didn’t go too well. Which got them interested in why there weren’t light industrial robotics. A good number of years later and the Automata Eve was born.

What really surprised me was how industrial robots essentially use the same components and innovation tends to happen in the software instead. For instance industrial robots use a compact way of strain wave gearing.

Only a few companies make the components. This means that the industry is very horizontally structured like the PC or smartphone industries relationship between processor and software manufacturers.

One of the case studies used in the presentation was about an industrial electronics company who replaced a human work station that did some pretty basic soldering.

For reasons that one could assume to be a lack of work ethic. By contrast Foxconn, seems to have failed in its efforts of using robots for smartphone assembly. The reason is that they require a high degree of dexterity, rather like a watch maker. Robots still struggle with very accurate placement, but a lot of low volume manufacturing tasks don’t necessarily need the same level of accuracy.