I watched the few hours of keynotes at Apple’s WWDC 2016 (Worldwide Developers Conference). I also read some of the resulting analysis and wondered if we’d been watching the same event. 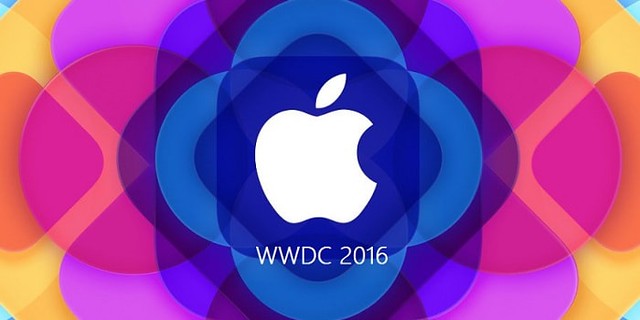 So thought I would think about the event carefully and come up on my take of what it all meant. This is a bit later than I originally planned to publish it.

Firstly, there was no change in direction for Apple from a strategic point-of-view. Apple has been clear about its direction, it is the ‘how’ which is the mystery. WWDC 2016 was a major unveiling of ‘the how’.

Over the past few years, Apple has focused on the integration of its devices. The reason why there isn’t one OS*, a la Windows 10, is that the different form factors have different contexts. Cross-pollination of services only takes place where it makes sense, which is why Siri has taken a while to roll out.

The first big thing is APFS – a new file system for all of Apple’s devices. This builds on upon the feature set of ZFS which was a file system developed by Sun Microsystems for its Solaris UNIX operating system. Apple had experimented with implementing ZFS in OSX Leopard, but then didn’t follow through. Solaris runs on large enterprise computers where the prevention of data corruption and handling a large amount of file changes simultaneously is very important. Like ZFS, APFS supports encryption, granular time stamping, fast file management and has improvements in data integrity. When it’s fully finished it should make encryption on devices easier to manage and provide the user with more control. It should also help with syncing data across devices and the cloud.

The interesting thing is how this technology will scale over time handling multiple devices and form factors working seamlessly from a common database. Like many of there other technologies this is an extension of Apple’s Continuity offering and future integration with a wider IoT offering.

When Steve Jobs launched Mac OSX 10.0 in 2001 he described it as being the OS for the next 15 years. At the time the original MacOS was showing its limits. The UI was colour but hadn’t really moved on that much since System 7.5. The operating system wasn’t multi-tasking. The internet felt kludgy even though it performed well on the hardware at that time. Looking at OSX / macOS now, the operating system it feels fresh. The tweaks and changes under the hood keep the performance hub and the features comparable with the rest of the Continuity eco-system. macOS also doesn’t seem to be seriously threatened by iOS ‘pro’ devices.

iOS 10 was important to me for its embrace of messenger-as-a-platform. Apple innovates within its own Messages apps with some UI gimmicks. More importantly, notification real estate that was once the exclusive preserve of the Apple dialer. This allows you to accept calls from the likes of Skype, WeChat or Slack from the lock screen. This follows Apple’s model of using it’s own apps to work things out and then open up the function once it is mature. Apple’s own Messages app includes a number of features including:

Apple Pay roll-out – continued geographic roll-out makes sense. Apple Pay isn’t about building a rival payment system a la PayPal. Instead, Apple is trying to build more touch points with the user. The level of usage doesn’t matter too much from that perspective. Geographic roll-out to Hong Kong and more European countries makes sense. The more exciting development is two-factor authentication for e-commerce payments on compatible sites using the Apple Pay infrastructure. This is big for shopping on both Mac and iOS-powered devices.

Thinking differently about intelligence. Unless you have been living under tech industry equivalent of a stone, you’ll be aware of cloud companies like Microsoft, Amazon, Google or Baidu using artificial intelligence techniques to drive device function. Apple hadn’t been as visible in this space up to WWDC. The reason for this is due their rigorous approach to user and device privacy.  There were two approaches to this:

Having the mobile devices GPU to perform relatively simple neural-network computing. This can learn user preferences or intent over time and be more helpful

Making Siri more intelligent by looking at the behaviour of users encrypted, salted with false data and aggregated up. Differential Security is the process of acquiring this data. In the second world war, the Allies cracked the cryptography derived from the Enigma machine. But that was only the first part of the challenge. In order for it to be useful the Enigma team used statistics to hide any usage of the intelligence hiding reactive activity in the midsts of statistically expected ‘normal’ behaviour.

Differential security is kind of similar to this. All the data is encrypted, the phone sends a mix of false data and real data. When Apple looks at aggregated data they can see the false data as being false, but can’t tell which users data is false at a given time.

Apple’s WatchOS 3 is interesting because of the performance boost it gives the wearable. The difference is really noticeable. The boost in performance is due to Apple having more memory to use than it had originally allowed for. This provides a more refined experience. Much of the UX enhancements were focused on fitness.

From a developer perspective there were a few things missing:

Finally the two-hour keynote was a love letter to China. At every opportunity Tim Cook mentioned the Chinese market, support for China-specific items like language and called out Chinese apps like WeChat.

* From a technical point-of-view; tvOS, iOS, and macOS all share underpinnings based on NetBSD and a Mach micro-kernel.

More articles on Apple WWDC through the years here.