BMW NEXTGen event included a concept car the BMW Vision M Next. What I found most interesting about this is how BMW whilst looking forward with the i8 and the M Next; is still stuck with designs resembling the Giorgetto Giugiaro designed M1(E26) of the late 1970s. Don’t get me wrong, when I was a pre-teen my ideal car would have looked like the BASF sponsored M1 track car with the spiral paint work. It would have been nextgen for my pre-teen self, in the same way that the future also looked like a Star Trek communicator. Though our current smartphones would look nextgen to the original Star Trek set and prop designers.

Here’s what the M Next looks like (© Copyright BMW AG, München, Deutschland.) 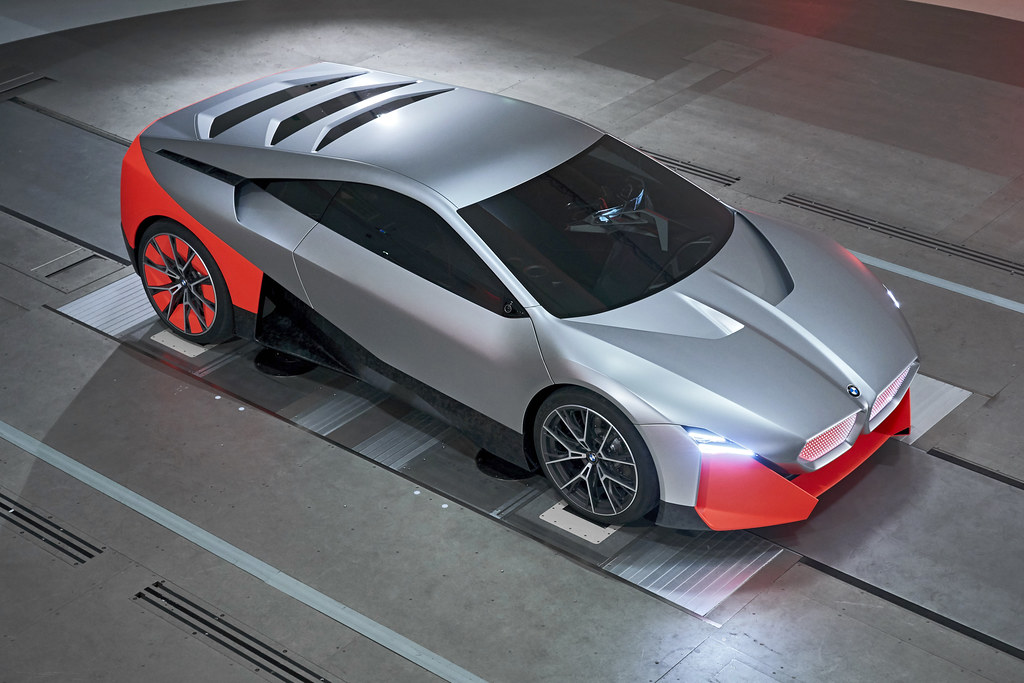 Which raise an interesting question. From a branding perspective does iconic legacy design make it harder to draw a line under one technology as you transition to another? We have various bias’ in our expectations, some of which BMW have tried to challenge with the sonic experience in their cars. I’d argue that they need to think about this outside the vehicles as well. From a safety perspective and because part of driving a BMW is being ‘seen’ to drive the marque.

I think that there’s still work to be done by BMW and other manufacturers on getting their arms about the future of performance from a brand perspective, for a post-ICE (internal combustion engine) age.

Abacus (a tech media publication from the South China Morning Post) has channeled the Pixel Boys to come up with a way of trying to make the Chinese tech sector make sense to foreigners. China Tech City | Abacus is well worth checking out.

In an era when there is a chance that Jeremy Corbin could be a prime minster in waiting should a general election come along, And I speak with people who profess to be MacBook totting communists. I am surprised that Marxman haven’t seen a resurgence in popularity. I randomly came across this great interview of them by a French TV programme around about the time their first album broke.

Hong Kong’s leaderless movement against the Chinese extradition law (or their CIA paymasters if you believe the Chinese government) have been doing some really nice creative to rally internal and international audiences to their cause. There were print ads that ran in the newspapers of many G20 countries and video content. Taking the politics to one side for a moment, just look at the craft in this video. At the time I have written this has been dubbed into:

It makes Led By Donkeys look a poor effort in comparison.

Bubble tea shops are opening around London outside of the usual China town locations. It’s success is in a sharp contrast to the likes of Jamies and Patisserie Valerie chains recent closures. Bubble tea actually came out of Taiwan in the late 1980s and London has been way behind in adopting the drink. Asian Boss tracked down the Taiwanese inventor of bubble tea Lin Hsiu Hui (of Chun Shui Tang) and the interview is great.