The estimated reading time for this post is 65 seconds

Google design has had a transformative effect on the world. It reminds me of Dieter Rams on the concept of design had said something to the effect of good design being invisible – once you see the product you couldn’t imagine things exist any other way.

That’s a really good description of the web with Google design. In the markets where it operates (with the exceptions of Czech Republic, South Korea, Japan and Russia) it’s a monopoly. Different regulatory authorities are investigating them for leveraging their monopoly into market domination in other categories. 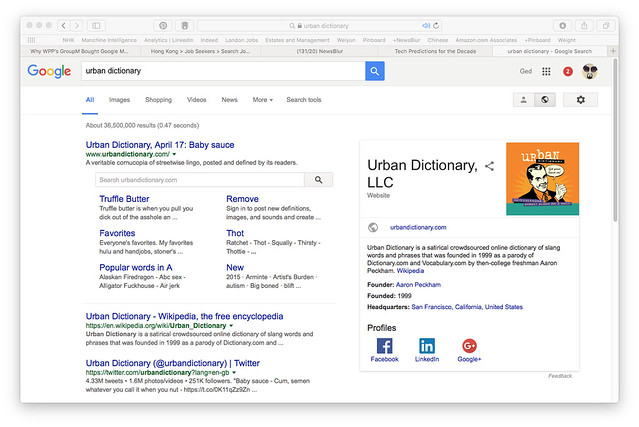 With SERP (Search Engine Results Page) like this one above, I am not surprised that antitrust authorities are gaining an upper hand. This Urban Dictionary integration seems to cross the boundary from being useful to feature bundling. It deprives Urban Dictionary of an opportunity to put ad inventory in front of its audience. Urban Dictionary makes it’s money from retargeted banner ads and its own customisable merchandise. You can get any phrase in Urban Dictionary with its definition on a coffee mug, coaster set or tote bag. 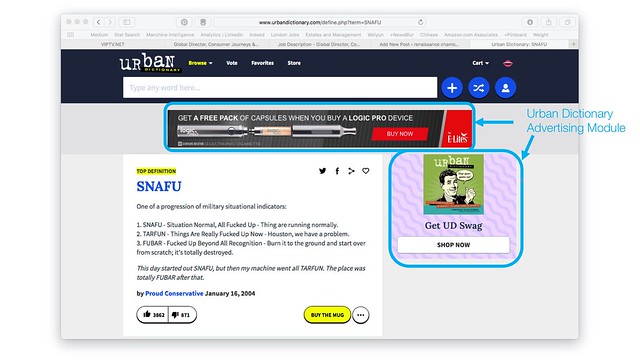 It would be interesting to see if Google got into some sort of content agreement with Urban Dictionary. However I suspect that they have just gone ahead and done this? More about Google here.