I picked up Blood and Faith on a trip to Madrid. I have a habit of picking up English language history books if I can when visiting a place. It gives you a sense of how a country wants itself to be seen. These usually vary from clumsy propaganda to insightful works. 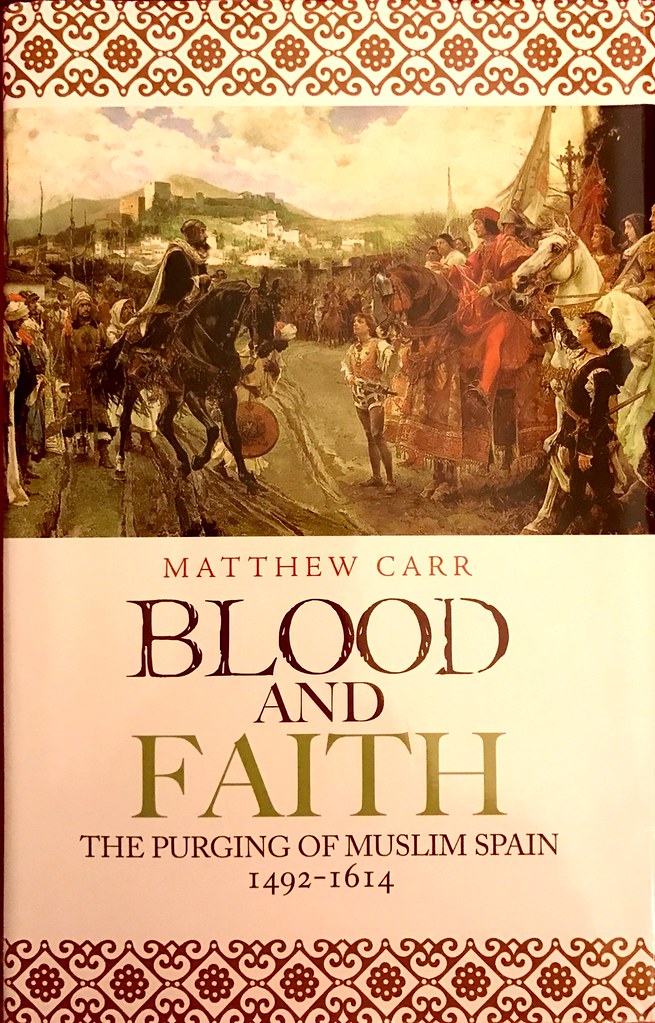 Carr’s background as a journalist and as the son of a controversial English teacher who got involved in post-colonial politics casts a certain lens for his writing perspective. His knowledge of Spain and Islam is second to none.  Having covered both the Islamic world and Spain extensively in books and journalism, he knows his stuff.

Carr paints a complex picture of tolerance and a cosmopolitan society interspersed with zealotry, bigotry and criminality.  The book shows how the decision to expel the Moors came about, a mix of:

The book and its subject matter feels surprisingly contemporary. 17th century Spain still provides us with a good picture of the challenges and chaos that ensues trying to deport people en masse. From discovery to logistics it was a nightmare.

The issues of conservative populism and racism also feel very contemporary given political sentiment across Europe.  The expulsion of the Moors and reconquest of Spain have been cited by both Al Qaeda and Daesh to justify their actions.

Blood and Faith is ideal if you want a book to read on Spain’s relationship with the Moors. This is a well researched book; just be careful with what conclusions you chose to draw from it.