Economics The Users Guide: A Pelican Introduction by Ha-Joon Chang is a great reader for the average person on economics. If I had this during my first economics modules at college, it would have been really useful.

As an engaged member of the electorate it would allow you to for example critique Brexiters vision of Britain as a free market utopia a la Singapore just off the coast of continental Europe.

Singapore isn’t actually a free market utopia. The government houses almost 90 per cent of the population through the HDB (Housing Development Board). State-owned businesses are responsible for roughly 25% of gross national product. It is easy to set up a business there; but they have a very one dimensional view of Singapore’s success if they consider it to be a free market utopia.

Chang critiques the major economic theories and pulls no punches on any of them. It is a level of frankness that members of the public don’t normally get from experts in the media. How scientific are economic numbers?

What does deindustrialisation even mean from an economists perspective? Without spoiling the book for you, it doesn’t mean Stoke-on-Trent or Scunthorpe’s vision of post industrial dystopia. Instead it would be more honest to call it servicisation. An analogy would be if you look at industrialisation took workers away from the land, but agriculture continued on.

The move to service economy has issues with productivity that Chang covers eloquently. If you want to understand the UK’s consistent low productivity, this will give you something to consider.

Economics The Users Guide is a powerful book that calls BS on ideas like the happiness index and neoclassical economics. It is hard not have a Keynesian viewpoint having read Chang’s work and force of argument. The happiness index looks like little more than a Malcolm Gladwell fuelled daydream. More book reviews here. 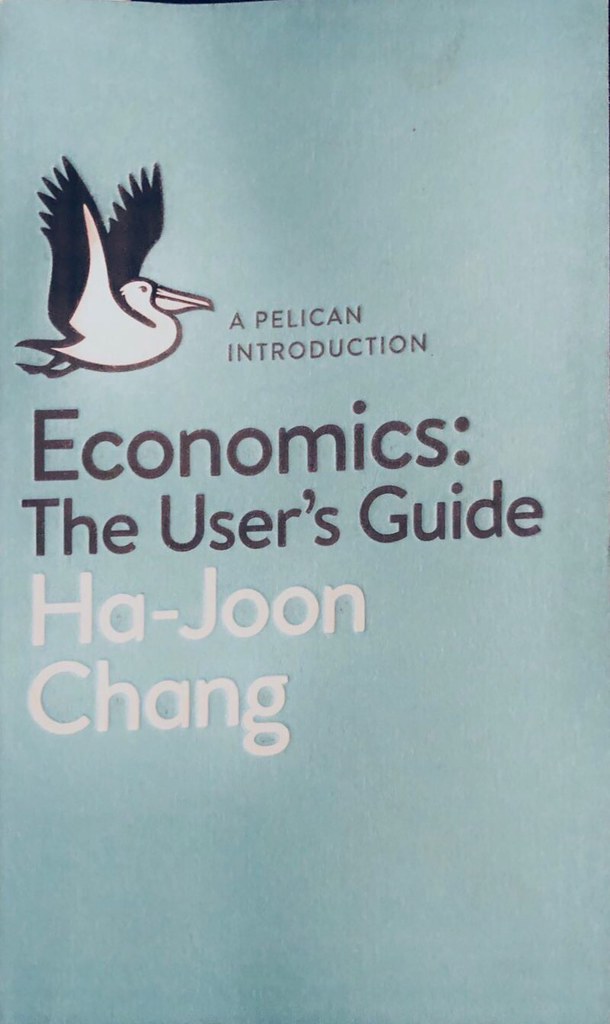