I got sent a copy of AngloArabia and was interested in having a read of it. I grew up at a time when the Gulf states influence grew through OPEC. I started my work life with a brief time in the oil and gas industry. Since then I have moved on through a number of iterations in my career. 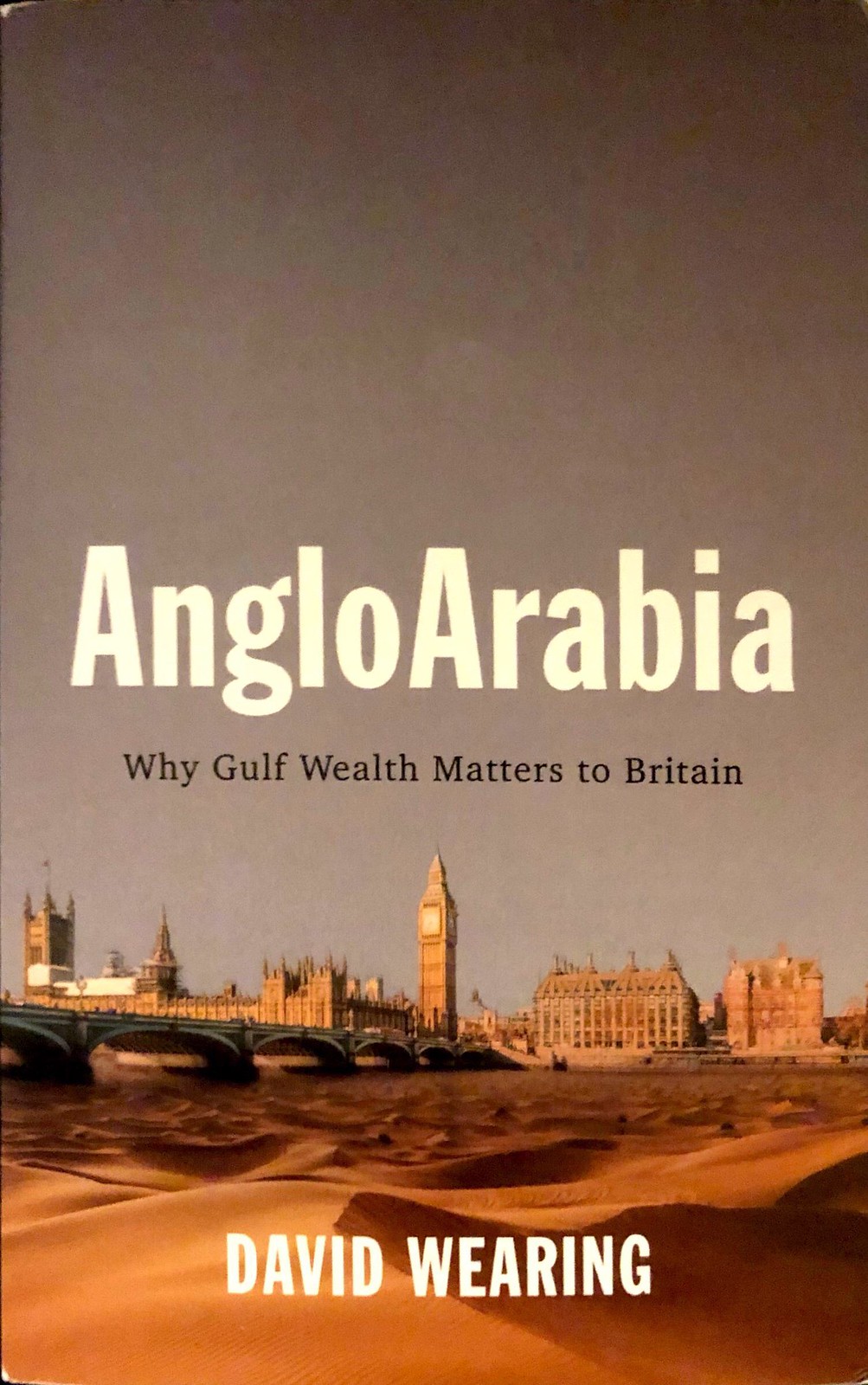 The Gulf states sit in a peculiar AngloArabia part of British history that isn’t generally understood. Wearing goes through the history of the the area from the Trucial states attached to the British rule of India. And brings up to date regarding the UK’s role in the modern Middle East.

The modern relationship between the Gulf states and the United Kingdom blurs the hierarchy between client states and their former colonial master. Oil and the OPEC oil crisis was the catalyst as countries got increased financial power and the UK became the number one Euro Dollar market.

Lots of western countries have seen sovereign funds invest with a view to gaining influence. The UK is unique in terms of the role played by Gulf States who are bailing the country out. Without the support of Middle East money, the country would be overwhelmed by its current account deficit. This money has gone into property, the UK stock market, private equity investments and trophy businesses such as football clubs. The Gulf states are also responsible for a huge amount of consumption in the UK. The UK luxury market revolves around their consumption patterns.

The implication is that the British economy and the UK government literally can’t afford for any of the Middle East monarchies to fall in an Arab Spring style revolution.

The author David Wearing is a left of centre leaning journalist with wonkish credentials. As with any author, you need to ask yourself about his agenda. He has managed to write a relatively accessible book. More related content here.