The estimated reading time for this post is 232 seconds

To understand contextual technology it makes sense to back to the history of search online. Let’s start with a little journey through internet history; the first search engine the way we would understand it was rolled out in 1990, which downloaded directory indexes from different FTP sites and allowed manual browsing (the web was a small place at the time). A year later there was proper keyword searches for Gopher files. Gopher was a precursor to the web and HTTP as we now know it.

When I started using the web at college, internet portals started to come into their own. I used to use Excite.com which I configured the news from a number of sources, stock prices of companies I followed (a sickly Apple Computer and Silicon Graphics, which was on the the rise at the time). Think of it as being like the front page of a newspaper designed by me to mirror my interests at the time.  The search business back then was to sell giant black boxes called search appliances made by companies like Inktomi; which provided a search box at the top of the page of your web portal of choice. The advertisements that funded the portals were similar to the display ads that we see today.

Two developments changed the way that we look at information, firstly Google built upon work done in the 1950s at the University of Pennsylvania and the HITS algorithm created at IBM’s Almaden Research Centre and came up with the PageRank algorithm that provided a superior search experience in comparison to competitors like HotBot and AltaVista.

GoTo.com came up with the paid for placement model which changed the way search engines made their money from selling search appliances to selling advertising inventory. The paid-for placement model combined with a search engine that was pretty good at delivering what people wanted changed things dramatically; suddenly understanding the context of the user became the centre of the world’s most lucrative advertising technology business.

Google says that its mission is:

…to organize the world’s information and make it universally accessible and useful.

This means putting context on every aspect of ones life. Mobile devices and the increased accessibility of data allows internet services to provide increased context. Location could be pulled together from services like Skyhook Wireless which used cell tower triangulation, Google uses a directory of Wi-Fi MAC addresses to enhance location based on phone GPS-derived co-ordinates.

At the simplest level  you will have noticed this in the desktop web experience you get when visiting websites like Google and Yahoo! which will try and direct you to the local site for the country it thinks you are currently in.

Things get a bit more sophisticated when location is cross-referenced with other data. Burton Snowboards had functionality on its website back in 2011 which suggested products based on your local weather at that time. This may not be great if I live in Wolverhampton and want to shop for items that will be ideal for my trip to Snowbombing this April.

Now contextual technology is becoming ubiquitous, the latest version of iOS now appends weather information based on your current location to the ‘at a glance view of your diary and other updates. 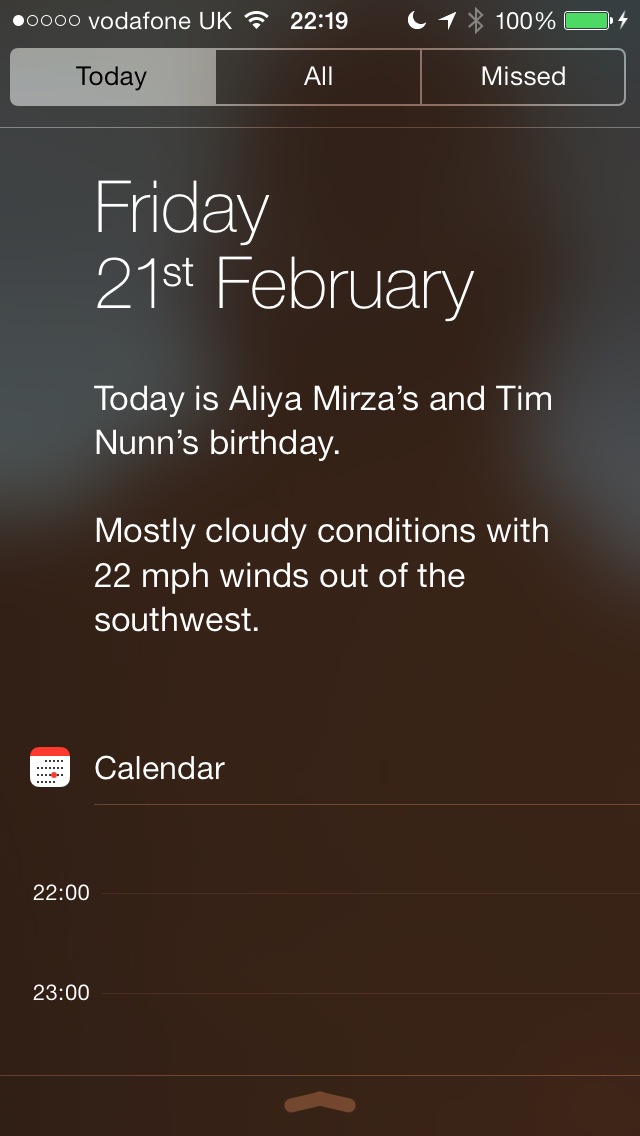 Retail information and location is being used by Verifone and Brightmove Media’s taxi advertising services that allow geo-fencing of advertisements and even changes in content based on contextual information like footfall, retail locations, weather to provide tailored messages. There are hints to where this will go next as more part of one’s life are connected together; the coffee shop that gets your order ready as they know you are close by, the house that turns it’s heating on as it knows you are on your way home from the commute. Wired magazine called this the programmable world. Without contextual technology the Internet of Things is largely useless technology.

Like all technological developments contextual technology has a dark side to it, you can be tracked, hacked and marketed to. Our smartphones will be like unwitting black boxes, their data used against us in an opaque and apparently arbitrary manner. Pricing strategies can be gained against you as an individual to wring the maximum amount of revenue out of it. The price of umbrellas or ice cream can be varied in near real-time based on footfall and local weather.