The estimated reading time for this post is 135 seconds

Mobile World Congress (MWC) 2015 in Barcelona has kicked off, though for many of my Racepoint colleagues the event started months ago. During this week we’ll see the pay-off from preparation that involved long days and late nights burning the midnight oil.

I won’t be there this year and so have been watching the event unfold from the sidelines.

In contrast to previous years, MWC 2015 now has a de-facto day zero as HTC, Huawei, LG and Samsung all launched consumer devices on the Sunday. Android devices are no longer lagging in industrial design with all the smartphones launched eschewing plastic in favour of a metal chassis, or glass and metal case design; in order to provide a premium-looking product.

Secondly wearables are improving in leaps and bounds with the Android Wear devices looking more polished than the new Pebble discussed over the previous few weeks. The Apple Watch won’t have the same gap in industrial design to competitor products that the Apple iPhone enjoyed on launch.

HTC launched an Occulus Rift rival in association with games platform Valve. However the Vive was notable more for its clunky industrial design rather than technological disruption.

Whist there were great leaps forward being made in product design for wearables, online discussions still centred around smartphone devices, with early adopters being focused on device core hardware – at the expense of features that provide a differentiated consumer experience. 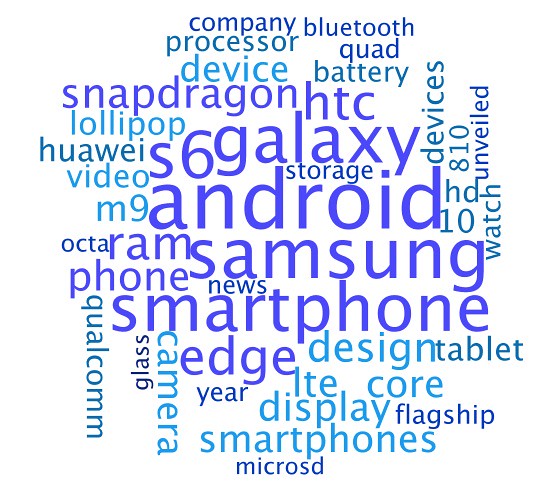 It was immediately apparent from running analytics on online chatter was the prominence in social as a vehicle for challenger brands to get their message across, and the huge interest in MWC launches from the US. 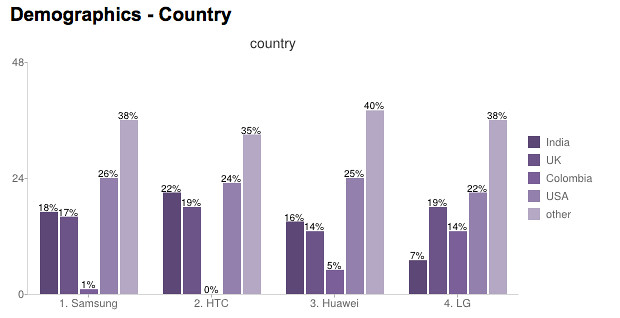 Would a device launched at the US CTIA event have a similar global consumer impact?

There is a wider question which remains to be answered regarding the efficacy of a ‘going early’ media launch strategy at MWC; particularly when one’s competitors have all adopted a similar strategy.

It is hard to judge the answer to this question purely on the response to the Microsoft and Sony events earlier this morning. It would be unfair to compare their relatively lacklustre handset line-up in comparison to the day before. Whilst HTC, Huawei, LG and Samsung focused primarily focused on premium devices, Microsoft and Sony featured at least some mid-market handsets.

All the day  derived in the charts using Sysomos MAP.