Even if I wasn’t interested in technology I would have known about the launch of Apple Pay in the UK some eight days ago. My inbox was bombarded with emails from credit card providers explaining how I use their card on the service. Logos for the payment service appeared in retail partners and on billboards in tube stations. 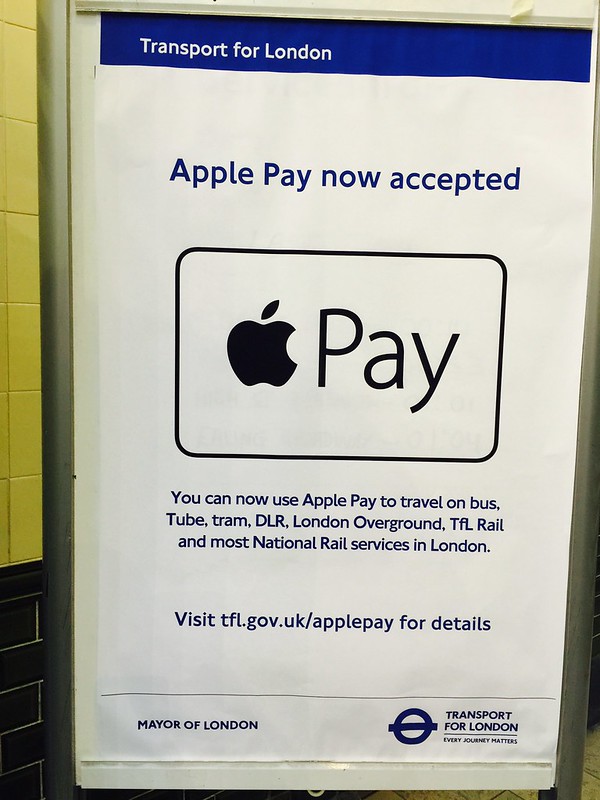 However despite this onslaught of media hype, educational material and free advertising for the service I have only seen one person use it. A tech forward looking gentleman twisting his arm around to pay for a coffee in Starbucks with his Apple Watch.

Now this isn’t necessarily a big issue. It is a feature that Apple provides rather than being a money generating service (a la iTunes) in its own right. I tend to see the service as an emergency measure of if I left my wallet at home (as I do on occasion).

For retailers and TfL there is not really a compelling argument for supporting Apple Pay, beyond the brand positioning of being ‘on trend’. Indeed TfL warns that transactions take longer than NFC enabled credit cards – which isn’t that desirable when you have a big queue of people looking to go through the gate during rush hour on the central line. That relative performance makes me wonder why Apple didn’t look at other uses like electronic building access or car keys that increasingly rely on NFC or RFID technologies.

Finally, Apple Pay is less attractive for American Express than other card providers due to the lack of support of Amex on Apple Pay by many retailers that accept their NFC cards. More finance related posts.